You are here: Home / Tech & Science / Dinosaurs were warm-blooded or cold-blooded? Scientists say they were in ‘middle

Were the dinosaurs warm-blooded like birds and mammals or cold blooded like reptiles, fish and amphibians? Well… the scientists have claimed to have solved this mystery.

There has been an age-old debate about the dinosaurs that whether they were slow, lumbering cold-blooded animals or had a uniquely advanced and more warm-blooded physiology.

The scientists first proposed in the 19th century that these living creatures were cold-blooded.

But the new study has claimed it to be the combo of both, i.e. the Dinosaurs were in fact somewhere in the mid of being warm and cold blooded animal.

They evaluated the metabolism of the participating dinosaurs using a formula based on their body mass. Their body mass were measured by the bulk of their thigh bones and their growth rates as shown by growth rings in fossil bones akin to those in trees. 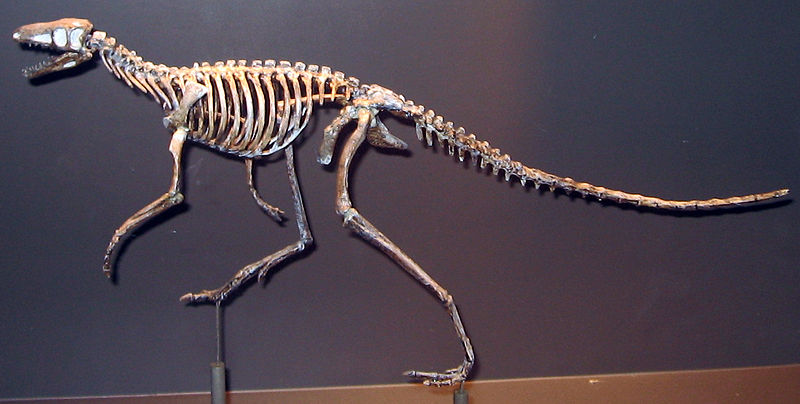 Dinosaurs were warm-blooded or cold-blooded? Scientists say they are in ‘middle’

Brian Enquist, an evolutionary biologist and ecologist from University of Arizona, “Our results showed that dinosaurs had growth and metabolic rates that were actually not characteristic of warm-blooded or even cold-blooded organisms. They did not act like mammals or birds nor did they act like reptiles or fish.”

“Instead, they had growth rates and metabolisms intermediate to warm-blooded and cold-blooded organisms of today. In short, they had physiologies that are not common in today’s world,” Enquist further added.

Biologist John Grady of University of New Mexico said that the theory that creatures must be either warm-blooded or cold-blooded is too simplistic when looking over the vast expanse of time.

“Like dinosaurs, some animals alive today like the great white shark, leatherback sea turtle and tuna do not fit easily into either category,” Grady explained.

“A better answer would be ‘in the middle.’ By examining animal growth and rates of energy use, we were able to reconstruct a metabolic continuum and place dinosaurs along that continuum. Somewhat surprisingly, dinosaurs fell right in the middle,” Grady said.