You are here: Home / Business / After Worker Deaths Amazon Warehouses Under Scrutiny

Work hard. Have fun. Make history, the logo of Amazon.com only follows till work hard but working in the fulfillment centers of the company isn’t always fun. It can be physically gruesome and mentally tiring.

The most recent incident which highlights the loopholes in the working condition of these fulfillment centers was reported by U.S. Department of Labour. Two cases of worker’s deaths at warehouses operated by the world’s largest online retailer is being examined by the department.

The first case was reported on June 1, 2014 where a worker, Jody Rhoads died while operating a motorized pallet jack that toppled some shelves, crushing her at an Amazon warehouse in Carlisle, Pennsylvania. This accident is still being investigated by the Department of Labour’s Occupational Safety and Health Administration (OSHA).

The death of Ronald Smith was even more horrifying when he was crushed in a conveyor system while sorting boxes at an Amazon warehouse in Avenel, New Jersey. An OSHA investigation has been prompted by Smith’s death and the department has cited five companies for “serious violations”. Smith was a temporary worker technically employed by a third-party contractor, so Amazon itself was not cited. Just $6,000 for Ronald Smith’s death is being fined to the five companies. 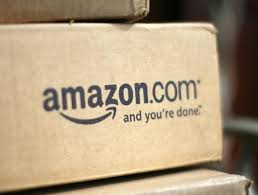 In a statement Patricia Jones, an OSHA spokesperson said, “The agencies responsible for the safety and health of temporary employees are the temporary staffing agencies and host. Work must be assessed by sites these employers regularly to ensure that workers are adequately protected from potential hazards. It is of prime importance that all the workers are protected from job hazards by the employers.

Scrutiny for the working conditions at the distribution facilities of has increased, many of which use third-party staffing contractors for both full time and temporary labour.