Scientists have send two remote-controlled vehicles a mile deep in the Gulf of Mexico to inspect a mysterious sonar image. And what they found was surprising for them.

The objects looked like a bow and stern which compelled the scientists to think they would find a sunken ship. But what was actually discovered on the sea floor was: two 20-foot-wide, 10-foot-high asphalt volcanoes.

One of the study researchers has reportedly said, “It’s kind of like Play-Doh being pushed through a mold. As the hot asphalt came out it hit cold water, probably quite rapidly, and fractured in a way that made it splay onto the sea floor like a flower. The substance is believed to be part of an ancient oil deposit.” 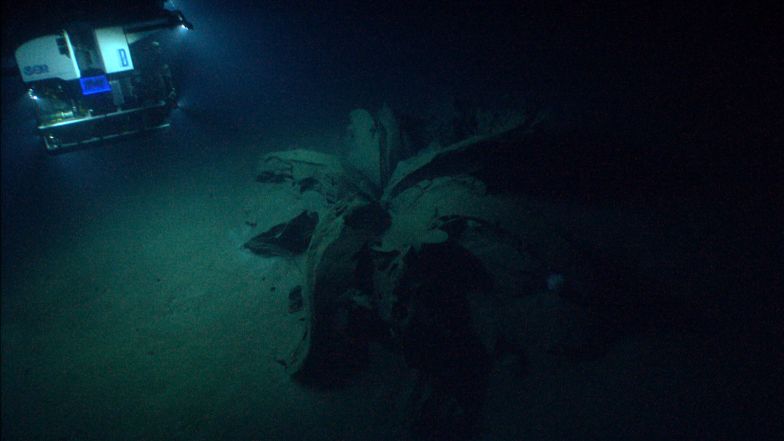 Sharing the stunning encounter with the volcanoes, a marine biologist said, “The more we look, the more weird features we find, and each of these features is a separate habitat for the creatures that live there.”

The archaeologists and marine biologists used underwater robots to explore three nearby shipwrecks believed to be pirate ships that sank around 200 years ago.

According to the researchers, methane is leaking from the volcanoes. This supports tube worms and mussels that rely on chemical synthesis rather than sunlight. These volcanoes are alos home to other creatures like lobsters and brittle sea stars.