You are here: Home / Tech & Science / NASA to search for missing Malaysian aircraft

With more and more exposures coming through in the missing Malaysian plane probe, US space agency NASA has now joined the international search operations to trace the aircraft that vanished with 239 people aboard from radar screens a week ago.

Allard Beutel, spokesman for the National Aeronautics and Space Administration (NASA), said, “Activities under way include mining data archives of satellite data acquired earlier and using space-based assets, such as the Earth-Observing-1(EO-1) satellite and the ISERV camera on the International Space Station, to acquire new images of possible crash sites.” 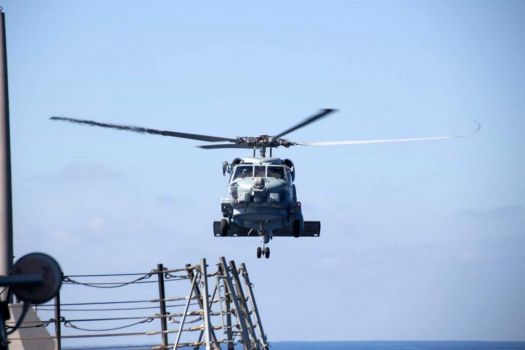 Beutel also said that the resolution of images caught from these instruments could be used to identify objects of about 98 feet (30 meters) or larger. The data collected by the instruments will be sent to the US Geological Survey’s Earth Resources Observations and Science Hazard Data Distribution System.

Earth Resources Observations and Science Hazard Data Distribution System shares the information whenever the International Charter on Space and Major Disasters is activated.

The space agency will use ISERV camera system, launched in July 2012, to observe specific areas of the globe for disaster analysis and environmental studies.
The Beijing-bound Boeing 777-200 mysteriously went missing from radar screens an hour after taking off from Kuala Lumpur on March 7.

Despite massive search operations, there has been no trace of the missing aircraft. The search for the missing jet stretched to the Indian Ocean today.