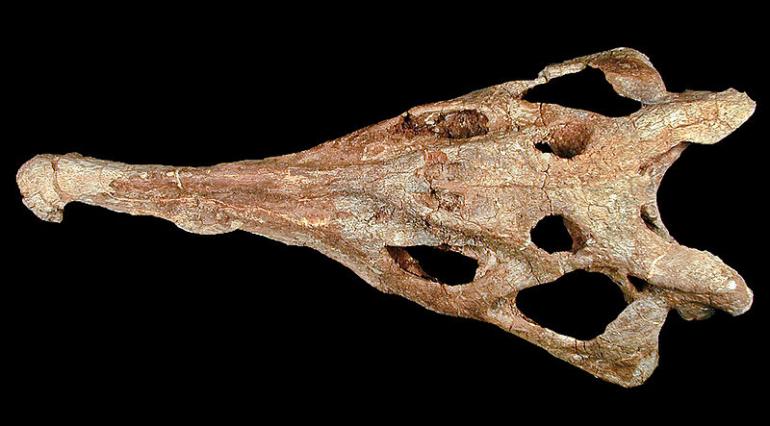 Paleontologists functioning in Texas have discovered two ancient fossils belonging to two separate species of prehistoric swamp monsters that roamed the area millions of years ago.

The study was published in the Earth and Environmental Science Transactions of the Royal Society of Edinburgh journal.

The skulls uncovered in 2001 are of a previously unknown species approximately 17 feet (5.2 meters) in length known as phytosaurs. Phystosaurs were crocodile-like reptiles that died about 205 million years ago and have been unearthed from West Texas.

The new species is known as Machaeroprosopus lottorum as they were found on the farm of the Lott family in Texas.

The phytosaurs died about 205 million years ago in an oxbow lake, where they were entombed for centuries.

Doug Cunningham, a field research assistant at the Museum of Texas Tech University and co-author of the study, said that it took him a long time to study the two-foot-long muzzle of the skull.

“A phytosaur resembles a crocodile,” study co-author Bill Mueller, assistant curator of paleontology at the museum, said. “They had basically the same lifestyle as the modern crocodile by living in and around the water, eating fish, and whatever animals came to the margins of the rivers and lakes. But one of the big differences is the external nares, the nose, is back up next to its eyes instead of at the end of its snout.”

Unlike the skulls of alligators and crocodiles, the new species of phytosaur discovered had nostrils that were located at the base of its snout, near its eyes, instead of at the end.

Andy Heckert, a phytosaur expert and geologist at Appalachian State University, Boone, North Carolina, who wasn’t implicated in the study, agreed with the theory that males had a bony crest, and that the skulls represent different sexes.

Highly thriving animals, they are frequently found because these animals liked to live in swampy areas and were more likely to turn out to be enclosed in sediment and fossilized.