You are here: Home / Tech & Science / Satellites to be used for counting whales!

A new way of counting whales from space through high-resolution satellite imagery was recently demonstrated by researchers.If the practice picks up around the world, researchers will no longer have to go looking for whales on boats and the process was created in order to make whale counts more accurate.

High-resolution satellite pictures and image-processing software designed to detect the mammals near or at the ocean surface have helped scientists figure out how many whales are located in a specific location. 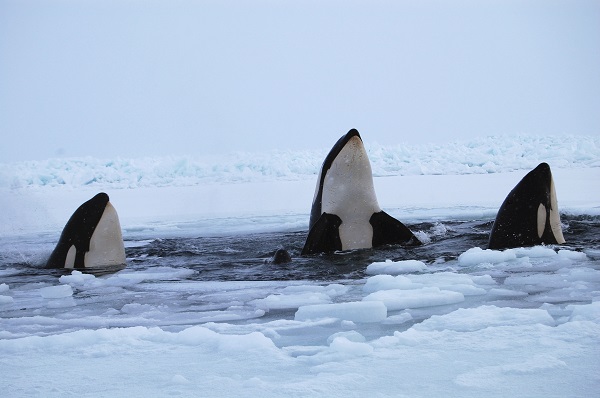 Researchers used ships to count whales in the past, by looking for blowhole sprays and tail flips. However this method has been extremely unproductive, as it relies on chance encounters and the field of view is often limited to just a few miles even on a nice day.

The satellite search could cover a large area of an ocean and for a lot less money than it costs to send a team out on a boat.

The large whales only take up a few pixels in a satellite picture taken by the researchers. The image had a resolution of 4 pixels per 11 square feet, and covered 44 square miles, according to the BBC.

A manual search of the location determined the researchers found 55 probable whales, 23 possible whales and 13 under-water objects that were not whales.