You are here: Home / Tech & Science / Plant to Supply Sapphire Crystal Display for Next Gen iPhone Getting in Shape

Apple has set up a manufacturing facility at Messa in Arizona in partnership with GT Advanced though much of it was kept off prying eyes. However, all of that has turned out to be futile thanks to the inquisitive efforts of those at 9to5Mac who claim the facility has been set up with the purpose of manufacturing sapphire crystal displays. These in turn is believed to go into the making of future iPhone models. Display technology has turned out to be a key factor with every other manufacturer leaving no stone unturned in their efforts to present the most pixel rich of display while being less and less frugal on the battery. Under the circumstances, Apple’s move to have sapphire crystal display on the next iPhone will no doubt be attracting a lot of attention.

Why sapphire crystal above everything else? These are being favored due to their inherent quality of being extremely resistant to scratches while also being strong enough. Such displays can therefore emerge as an alternative to the Gorilla Glass displays that adds strength to the current iPhone range as well as most other high end smartphone devices currently available. 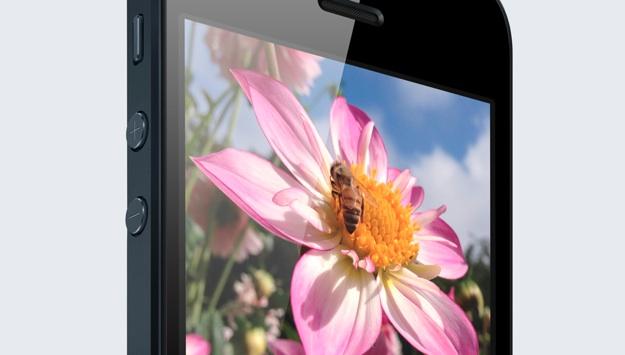 As the guys at 9to5Mac have found out, GT Advanced has procured Intego Sirius Sapphire Display Inspection Tool components in significant numbers. These in turn find application in inspecting display components and not for camera sensors or Touch ID sensors, thereby reinforcing our belief of the facility being used to manufactures displays for future iPhone devices. The set-up has also achieved the ability to achieve production rates of 100 to 200 million sapphire crystal displays of 5 inch dimension. GT Advanced also has an exclusive deal with Apple which means the facility will only be catering to Apple, at least during the initial run.

The above findings has also let us know it’s a 5 inch iPhone 6 that we would be getting, a step up from the current 4 inch.