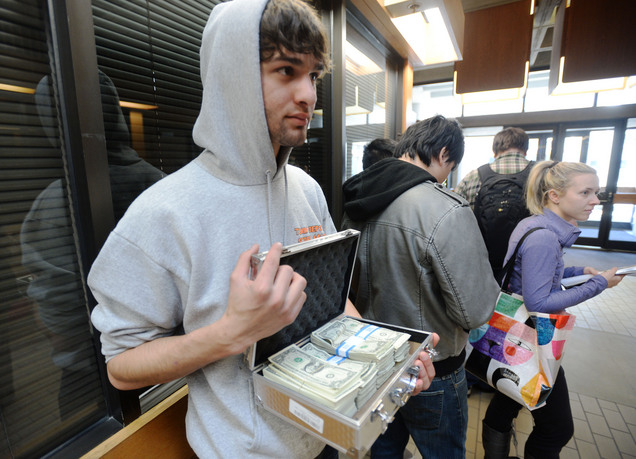 SALT LAKE CITY — Luq Mughal, a University of Utah student said he’s fed up with the increasing tuition bill. Mughal on Tuesday paid his tuition this week with 2,000 single dollar bills as a protest against rising tuition rates.

Mughal, 21 avails a discount because of his father being a member of the faculty. He used to pay with card only but this week he took a suitcase full of singles to the Student Services Building — $2,000 in $1 bills (half his tuition fees).

Mughal said he spends his weekends working to pay for college after a week of 12-hour days studying electrical engineering.

“By no means am I the saddest story on campus. There are a lot of people here just as bad and probably worse,” he said. “The people making the prices are not actually aware of how hard it is on the students.”

He’s hoping to send a message with the cash, which he collected from several banks, and also that in the future more students do the same thing to raise awareness of increasing costs.

When trustees set a 5 percent hike for this school year, they said the increase was necessary, primarily to give employees a cost-of-living raise as public funding from the state declines.

Undergraduate in-state tuition at the University of Utah has more than doubled over the past 10 year.