Scientists have developed a simplified method for conducting the famous Miller-Urey experiments that were used to study the origin of life on the Earth.

The new method is safer and much simplified to conduct. It has been developed by Eric Parker and his group from the Georgia Institute of Technology, researchers from NASA and Tokyo Institute of Technology. According to the researchers, the experiment can be conducted in parts by evacuating ignitable gases like oxygen, methane and hydrogen from the reaction vessel before producing the spark.

Miller-Urey experiments were given by Stanley Miller and Harold Urey in the year 1953. The scientists used the method to study how life was found on the Earth. Their research said that organic compounds were key to the origin of life on the Earth. 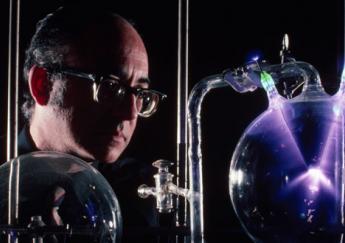 The new method of conducting the experiment has many advantages. It is safe and simple. It eliminates dangers associated with the Miller-Urey device. The original device used a spark for the experiment. This spark simulated lightening in a reaction vessel consisting of potentially flammable and explosive mixtures.

The details of the experiment have been published in the Journal of VisualizedExperiments.