You are here: Home / Business / Man Turned Away at the Airport for Wearing too Many Clothes 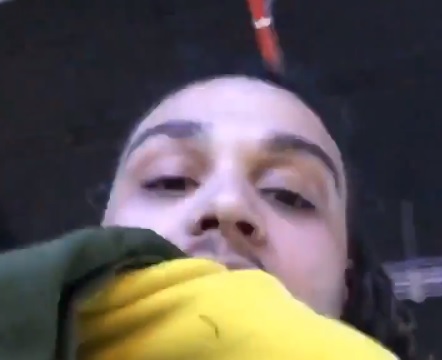 There are some hacks to dodge paying the excess luggage fee before a flight like cramming all your personal items in a carry-on bag or just mail the extra clothes to the place of destination.

However, a British Airways passenger took things to a whole different level when he decided to wear 10 layers of clothing to avoid airport fees.

Ryan Carney Williams complained that he was booted from two flights from Iceland to the U.K. for wearing too many clothes. Williams documented his ordeal at the airport through his smartphone camera.

He posted two videos of him being turned away at the Keflavik airport’s gates for wearing too many layers of clothing. In the videos, one can see him having two pieces of clothing draped on his shoulders. It is unclear if those were two pairs of pants or sweaters.

On Twitter, the man explained that he didn’t have $125 for the excess luggage fee because he lived on the streets for one week in Iceland. He also said that the airline company had told him that he won’t have any problem at the airport if he wears 10 layers of clothing at once, yet they turned him away anyway.

They’re really having me dress like this to go on, and they won’t even let me go on,

he tells his audience in a video filmed on January 10.

Maybe Wearing too Many Clothes Was Not the Real Reason

Williams also accused the airline for racially profiling him. In a separate video, he asked the gate agents why they wouldn’t allow him to board. One of the agents asked him if he wanted her to call the police and told him not to film inside the airport.

The man told reporters that he was denied a boarding pass because the agents thought he was being rude. A local newspaper reported that the police did came and used pepper spray on him before arresting him.

Eventually, he was allowed to board a third plane to England. It wasn’t immediately clear if he was let to wear all of his clothes on the plane.
Image Source: Twitter