You are here: Home / Science / What Made The Baleen So Big? Scientists Think They Know The Answer 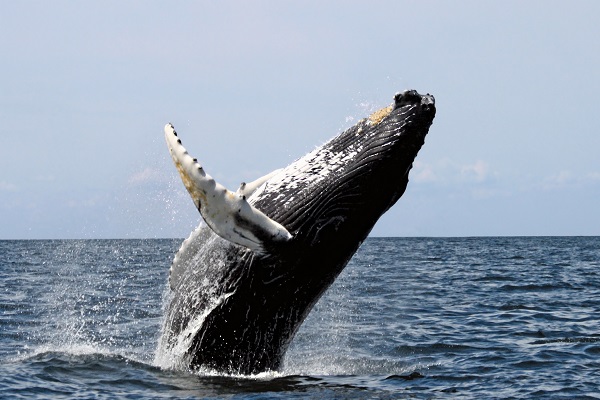 Scientists went back in time to better study baleen whales and their appearance and development.

Baleen whales are well known for their massive size as the blue whale, one of its species is the largest living vertebrate on Earth. But a team of scientists wondered what might have determined their impressive growth.

Their study results were published earlier this week in the Proceedings of the Royal Society B. For their research, the team traced back and analyzed the evolution of whales over the last 30 million years.

Today’s Baleen Whales are “Bigger Than Ever”

By using fossil remains, the researchers were able to establish the approximate size of 63 extinct whale species. These steps took them as far back as 30 million years ago, which helped point out that baleen whales are quite a recent occurrence.

The scientists determined that none of the ancient whale species were as big as their present-day counterparts.

“We live in a time of giants. Baleen whales have never been this big, ever,” stated Jeremy Goldbogen part of Stanford University and study researcher.

So the next step was determining what caused this shift in size. The study team claims that the belief that whale species started increasing in size until they reached this baleen size doesn’t hold. Instead, they argue that something must have encouraged if not demanded this shift.

The team then noted that some 4.5 million years ago, as some bigger whales started expanding, other smaller species began disappearing. The appearance of the first massive, baleen whales seems to correspond to the beginning of the Ice Age.

As the world started getting colder, the whales’ primary food resources, krill, must have begun banding together. Before, krill were probably distributed evenly, which means that smaller whales may have even found it easier to feed.

But this food source probably started concentrating in smaller and denser pockets, around coastal spots and runoffs. So this may have made it easier for larger whales to feed, as their method was more efficient. Their larger bodies may have also allowed them to swim seasonally over longer distances to feed on these krill concentrations.