You are here: Home / Business / Craig Forman Will Be The New McClatchy CEO 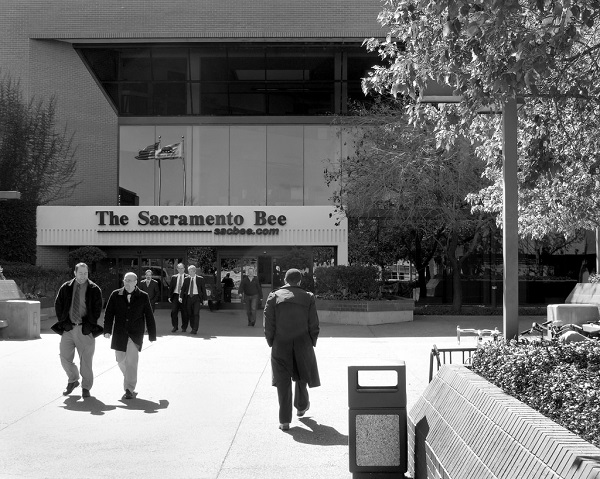 McClatchy Co. announced that it named Craig Forman as its new CEO and president.

On Wednesday, McClatchy Co. announced that it named Craig Forman as its new chief executive officer and president as he will be replacing Patrick Talamantes.

The McClatchy Company is a publishing company. It is based in Sacramento, California, and is publicly traded. McClatchy Co. was founded in 1857. It started out by publishing the Sacramento Bee.

Currently, its publications serve 14 states. Its operations include 29 daily newspapers. On average, they have a 1.6 million circulation on weekdays. On Sunday, this increases to about 2.4 million.

Besides the written press, McClatchy also operates in the online one. It operates several community pages and websites.

Now, the publishing company announced that it will have a new CEO. Craig Forman will come to succeed Patrick Talamantes. This latter was the company CEO for 4 years. And he was faced with some harsh times. The publishing giant company is struggling to make a profit. Its profits have been dropping, even as it started turning towards the digital.

Before joining McClatchy, Craig Forman was also an EarthLink and Yahoo! Executive. Forman is a former Wall Street Journal journalist. He was part of their foreign correspondent team. And also a bureau chief.

Craig Forman has served as a telecommunications, media, and technology executive. He was also part of the Yahoo and EarthLink teams.

He was the EarthLink Inc executive vice president. And also an Access and Audience division president as well as chief product executive. This company business is valued at around $1 billion.

Forman joined the company after leaving his position with Yahoo!. As part of this latter, he was the head of the Media and Information division. This includes news, finance, sport and several other segments.

Craig Forman is also the co-founder of Success Television LLP as well as MyPrimeTime Inc. He served as their CEO for four years. He was also the Where.com Inc. executive chairman. This mobile commerce company was acquired by eBay back in 2011.

Craig Forman already is a McClatchy board member. He is also one of its private investors. The company offered some details in relation to the CEO announcement.

According to them, Forman has quite a strong record in the area. He was involved in the journalism area. And also in the digital technology domain.

Kevin McClatchy, the board Chairman, also released a statement. McClatchy noted Forman’s important role as a board member. His contribution is said to have been instrumental. He has helped guide the board. And is also one of the members to contribute to the digital transformation.

Craig Forman himself offered some details. He states that McClatchy Co should transition to the new media operations. This move should also have quite a quick pace. According to Forman, the publishing company already set the foundations for a digital future. But the transition towards it is slow.

So Forman will be reportedly working on adjusting this pace. And he will be trying to accelerate it.

McClatchy Co is in charge of publishing various newspapers. These include the Sacramento Bee as well as the Miami Herald. They also in charge of the Kansas City Star and Charlotte Observer. And these are just a few examples.

The publisher has been trying to set its own digital footprint. Online media and publications are on the rise. And they have been eating away at the published newspapers and magazines segment.