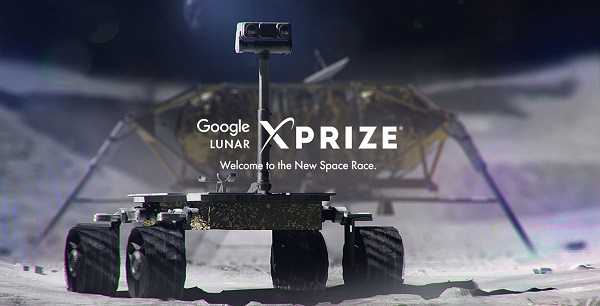 Two Google Lunar X Prize teams have agreed to share a ride to the moon.

The Google Lunar X Prize is a worldwide competition meant to increase private space exploration to the Moon. The competition is opened to all teams capable of landing a spacecraft on the moon, take picture and videos, as well as other feats. Two competing teams have decided to join efforts and support each other in their endeavor.

HAKUTO, is the name of the Japanese team participating in Google’s competition, together with Team Indus, which is an Indian group of researchers, have decided to establish a partnership. They have recently announced that the HAKUTO’s four-wheeled lunar rover will be deployed to the Moon’s surface by Team Indus’ spacecraft, formed from both a lander as well as a rover.

Team Indus previously announced earlier this month that their spacecraft will be launched on top of a PSLV rocket, developed by the Indian Space Research Organization. More precisely, their partnership involves HAKUTO’s rover being deployed to the moon through the lander developed by Team Indus.

Google Lunar X Prize officials have verified the ride-share agreement as well as the team’s launch contracts, meaning that both teams can move to the next stage of the competition. Chanda Gonzales-Mowrer, a senior director at Google Lunar X prize stated that this private collaboration is a great demonstration of the teamwork needed for the next age of space exploration.

Apart from HAKUTO and Team Indus, the Lunar X Prize competition has 14 other teams competing for the grand prize of $20 million. The winning team will have to complete a set of criteria by December 31st, 2017 such as landing a rover on the moon capable of moving at least 500 meters and sending high-res photos and videos back to Earth. The team on the second place will receive $5 million.

Another rule of the contest is that each team’s launch must be booked by the end of 2016 and their launch contracts be verified by Lunar X prize officials. So far, only a few other teams besides HAKUTO and Team Indus have done so. The first one to pass to the second stage of the competition was SpaceIL, a nonprofit from Israel, soon followed by Moon Expressed, a company based in America.