You are here: Home / Tech & Science / The New Smart Belt From Samsung Soon To be Released 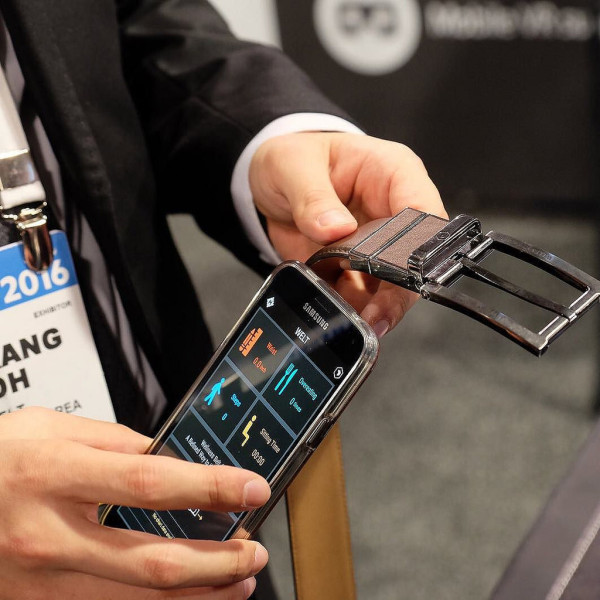 Samsung gives us another good example of companies who are trying to make standard items ‘smart’ with its new smart belt.

The Welt, as the smart belt is being called has first appeared at the Consumer Electronics show in January and is now on Kickstarter with a supposed date of shipment in January of 2017. Having less than 30 days left to raise funds, it seems to be reaching its fundraising goal.

The central purpose of the smart belt appears to be fitness tracking. However, Samsung is not the first company to do so – despite failing, like all other smart belt producers, to clarify why is a belt the right system to go for this sort of function.

Like most of the fitness trackers, the smart belt shows how many steps the wearer takes utilizing an embedded pedometer and then manages that total to calculate the number of calories that were consumed. It also sums up the number of inactive minutes.

The company highlights that even with adapted exercise, sitting for extended periods of time has been connected to health risks. Welt follows essential health information and gives tips and advice for the individual’s health.

Moreover, the Samsung belt wouldn’t reach up to its name if it wouldn’t measure the waistline. The fact that it offers a real-time reading of the waistline and the progress of the user could be considered a positive feedback for individuals who focus on weight loss. Nevertheless, the Welt can measure waistlines from 28 to 44 inches.

The Welt’s best feature is thought to be the tracking of overeating patterns by analyzing the expansion and contraction of the waist which can occur in as short as 30 minutes.

All the data will be sent to  Welt’s mobile app on a connected smartphone mentioning a review of real-time statistics and conclude whether the wearer was unsuccessful in reaching his goal or if he bettered himself.

The app can also detail the info in a graph for a better understanding of the wearer’s performance compared to recent days.

The welt has a 20-day battery life, and the device’s most basic design is listed on Kickstarter at $69. The limited editions can reach $199.