You are here: Home / National News / Allina Tries Once Again To Negotiate With Nurses 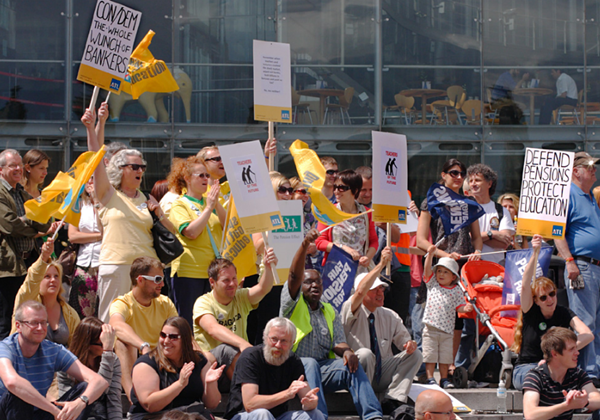 Allina Health decided to have other negotiating session with the Minnesota Nurses Association. They are trying to end the strike which began on Labor Day. There are almost 5000 nurses who decided to stop working after the company refused to pay the full cost for their health insurance plans.

When Allina Health said they are going to choose a less generous health plan for they nurses, the employees tried to negotiate with the officials to have the same rights as they did in the past. However, they could not agree and the strike affected five hospitals. We are talking about Phillips Eye Institute in Minneapolis, United in St. Paul, Abbott Northwestern in Minneapolis, Unity in Fridley and Mercy in Coon Rapids.

Allina Health did their best to make sure their patients will be treated no matter what happens with their nurses. The hired 1 500 temporary nurses who had to do the job of those 5000 who were on strike. Moreover, they said that 559 nurses continued to work, even if they supported the strike.

The negotiating session on Tuesday should produce more agreements.  Allina Health and their nurses have already agreed on 2 percent annual pay raises and more improvements regarding safety at the workplace.

Things are getting more serious because if the employees will not return to work until October 1, they will have to pay for their health insurance. The company has already lost millions of dollars during the strike and it seems they want to end it as soon as they can. We are not expecting the strike to last for a long period of time because it is hard for nurses to provide money for their families.

Allina officials wanted to thank all those nurses who decided not to go on strike and also all the temporary employees who helped them continue their work like nothing happened.

A federal mediator will help Allina Health and their nurses to negotiate. We do not know the place or the time when this meeting will happen, as the Minnesota Nurses Association did not give more details. However, we are waiting to see what will happen after this strike who have lasted for three weeks. What do you think? Will Allina give the nurses what they need or they are going to make them pay for their health insurance?