You are here: Home / Tech & Science / Self Repairing Clothes Made From Squid Protein 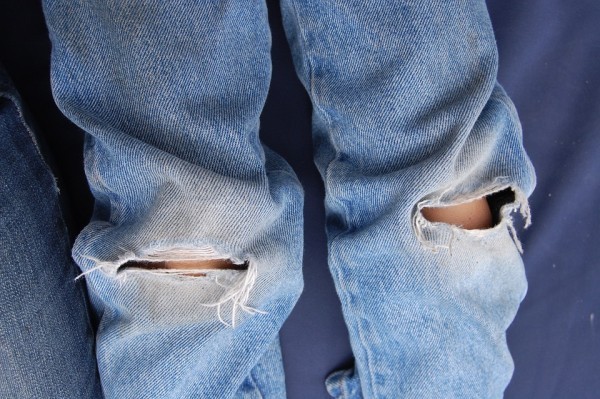 Scientists have developed self repairing clothes.

Scientists at Pennsylvania State University have developed the self repairing clothes. The answer to wool, cotton and linen clothes which fix themselves isn’t glue or another adhesive, but rather, squid teeth.

Scientists found that the tiny teeth along the squid’s suction cups contain a protein that when turned into a liquid by using yeast and bacteria can aid fabrics like wool, cotton and linen patch themselves. If the material is torn, one just needs to put the edges together, apply warm water and the fabric repairs itself. The fabric will be as resistant and flexible as before even after washing it.

The tentacles of squids have evolved to contain suction cups that have a ring of razor-sharp teeth. With these teeth, squids are able to catch their prey and take it down.

Unlike bones or other hard tissues, which would need an addition of minerals to function accurately, squid ring teeth are fully made up of proteins. This protein can transform itself from a solid to rubber and can then shape into any 3D geometry.

Scientists are now following the invention of self repairing suits that could protect users from biological and chemical agents. Moreover, being an alternative to synthetic plastic it promises the reduction of both waste and pollution.

This breakthrough discovery could be the most efficient way to lengthen the life of clothes and minimize the amount of clothing that is thrown away.

This protein can be used to repair non-coated fabrics by adding water, or applied to threads before the material is even made. Scientists admit that this isn’t a perfect technique but is still better than any other sewing technique.

If used properly, this discovery could have effects on a wide variety of clothes, thus expanding their life. But it could also be used in other domains. Farmers will no longer have to fear the consequences of exposure to fertilizers.

As squids are a limited resource, scientists must figure out how to replace the protein with an exact copy developed in the lab.

How do you feel about these self repairing fabrics and the way squid protein could help reduce pollution? Please let us know in the comment section below.