You are here: Home / Tech & Science / Artificial Bone Could Be the Building Material of the Future 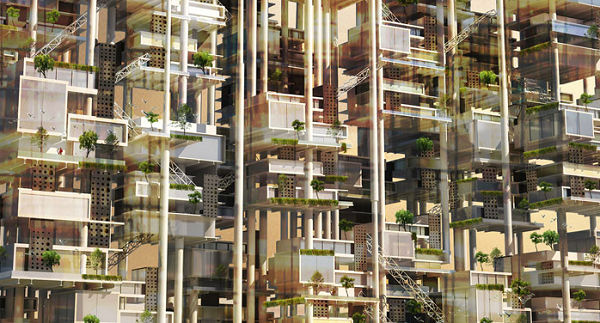 The world’s population is in constant expansion and more people move to live in urban areas. While they need to be accommodated, the environment must also be protected so experts are trying to combine the two the best they can.

One possible solution has been proposed by the researchers at the University of Cambridge: doing away with concrete and steel as construction material, seeing that they account for roughly 10 percent of the total greenhouse gas emissions produced by man.

If we’re not to use these steel or concrete, what is the replacement? Let’s use bone instead, says Michelle Oyen, a bioengineer from the university’s Department of Engineering.

Like many of us, Oyen first thought was that she could reduce her carbon footprint by limiting her air travels. However, she discovered that even though traveling by plane does indeed lead to carbon emissions, the production of concrete and steel is an even bigger contributor.

The exact materials used to build most of our cities put an environmental strain on our planet. Given the fact that the majority of existing building standards have been developed for concrete and steel, not many researchers have sought out alternatives.

Instead, they focused on producing steel and concrete in ways that are more environmentally-friendly. But Dr. Oyen’s team took a path less traveled and tried to come up with new materials entirely.

“What we’re trying to do is to rethink the way that we make things,” stated Oyen. “Engineers tend to throw energy at problems, whereas nature throws information at problems – they fundamentally do things differently.”

The new research received funding from the US Army Corps of Engineers, so Oyen’s team created a type of artificial bone and eggshell that can be produced at room temperature, thus being very energy-efficient.

Researchers used a technique which allowed them to “template” hydroxyapatite (calcium apatite in mineral for) directly onto a layer of natural collagen. Thanks to the makeup of proteins and minerals, the resulting material is very good for building.

Oyen is not blind – she knows that even if bone-based construction materials do catch on, it will be a while longer before they become more universally used.

“The road to greener cities is paved with challenges,” she said.