You are here: Home / Tech & Science / Hydra Rips Its Own Body Apart Before Eating A Meal 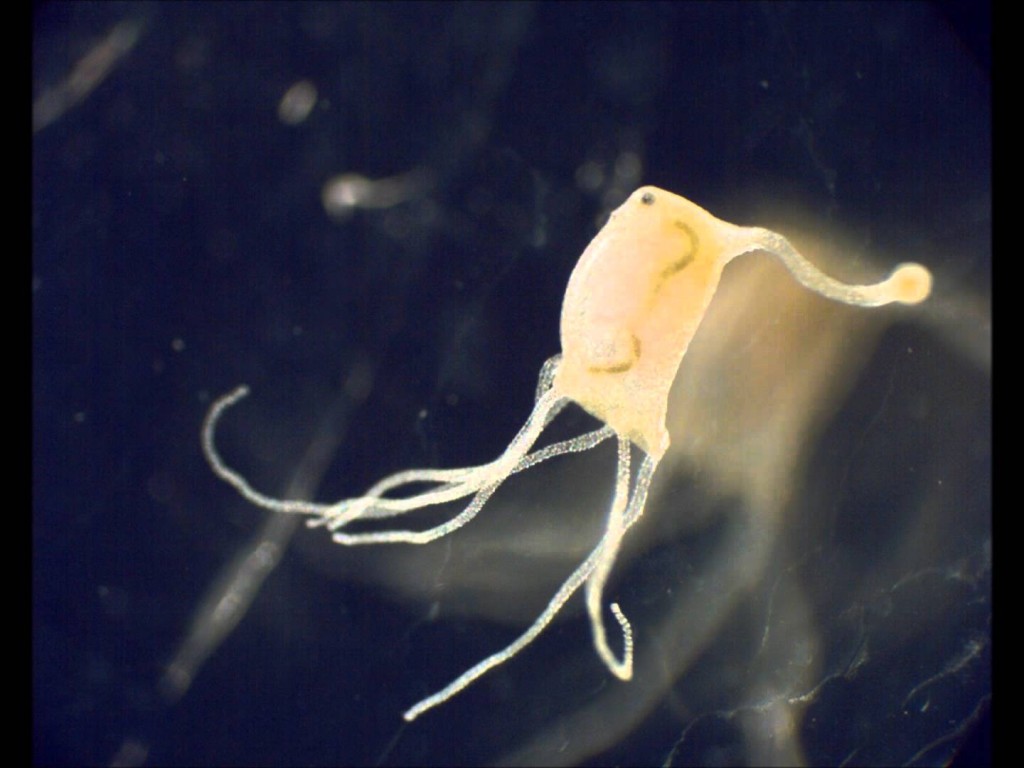 If you’ve ever seen a hydra, you probably squinted really hard, because it’s a teeny tiny animal, barely an inch in length. But even though biologists have long known about their existence, they never knew exactly how they feed themselves.

Researchers weren’t ready when they discovered how hydras consume food, as they were caught ripping apart their own bodies so they can ingest each meal. After it attaches one of its tube-like ends to a rock in the water, the hydra patiently waits for prey to get close enough so it can strike.

When a tiny marine animal – such as a shrimp – brushes against the hydra’s tentacle, the predator shoots out tiny barbs that sting the wanderer. When the stingers contract, it can draw the prey right into the throat of the hunter.

After it digests the food, the creature opens the mouth once again to let any waste products be expelled; then, the organ uses body tissue to seal itself again.

Part of this process had already been well-understood, but scientists were still in the dark regarding the start of the process, when the hydra opens its mouth.

According to the new research, before the freshwater animal can open the mouth, it must tear itself apart. Upon examination, the entire process of a hydra ripping apart its body so it can open its mouth doesn’t take longer than 60 seconds to complete.

Researchers needed a way to observe the process better, so they genetically modified the hydra vulgaris so as to make both skin layers glow. It was revealed that the mouth of the creature opens similar to the pupil of a human eye dilates in the dark.

When the hydra was injected with muscle relaxants, biologists observed the tiny marine animals could no longer stretch their mouths open.

Eva-Maria Collins from the University of California, San Diego, said researchers were surprised to see how far “the cells are able to stretch to accommodate the mouth opening.” The process can sometimes lead to the mouth being wider than the body.

It was also astounding to see under the telescope that the stretching of the cells almost looked like “even the cell nuclei are deformed.”

Even before researchers observed the ripping that goes on before each meal of the hydra, the animals’ ability to quickly repair damage to the body was well-known. This particular ability serves the creatures during feeding, but biologists hope to learn more about the process of tissue formation.
Image Source: YouTube