You are here: Home / Tech & Science / Tiny House is Built in Charleston for the Homeless 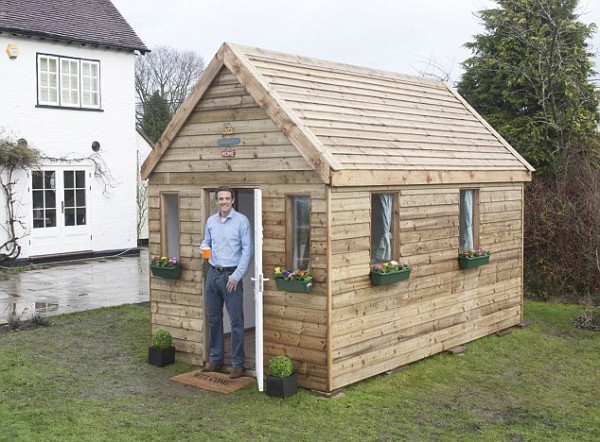 Tiny portable houses could be built for the homeless

The number of people living in the streets increases every year but now a tiny house is built in Charleston for the homeless by a team of volunteers.

Now you’re probably thinking what can so many homeless people do with just one house which is also tiny. The house will actually be a model which if liked and found suitable by the state’s officials, could represent the start of a project for building houses for the people living on the street.

The Tiny House Project will start this weekend in Charleston, where the model will be built on North Nassau Street, on the city property. The volunteers have only three days to build the house and the building must be no larger than 8 x 12 feet and up to 10 feet tall.

In the course of these days, community discussions and educational classes might also take place to raise awareness about homelessness and how to fight it. Besides volunteers, homeless people will also help build the house.

The house should be suitable for one person and it should be portable. Being mobile and so small, the people owning such houses will be excused from certain taxes. The houses will be built from scraps and donated lumber. Therefore, using second-hand materials it also means they will be recycling and protecting the environment.

Many homeless people find shelter in tents. However, there is no comparison between a tent and a real house, regardless of how tiny the house is. First of all, you have a sturdy roof over your head and the wind won’t blow away your house no matter how hard it “huffs and puffs”. A building like this is better insulated, which means it’s going to be easier to get warm, get a good night sleep, keep clean and maybe even cook something for yourself from once in a while.

There are many homeless people who have a job, but not a home. And providing them such help could make it easier for them to actually make a living and thrive, without having to struggle every day.

If the project is approved by officials it could be the start of a revolution in society and the way we handle the problem of homelessness.