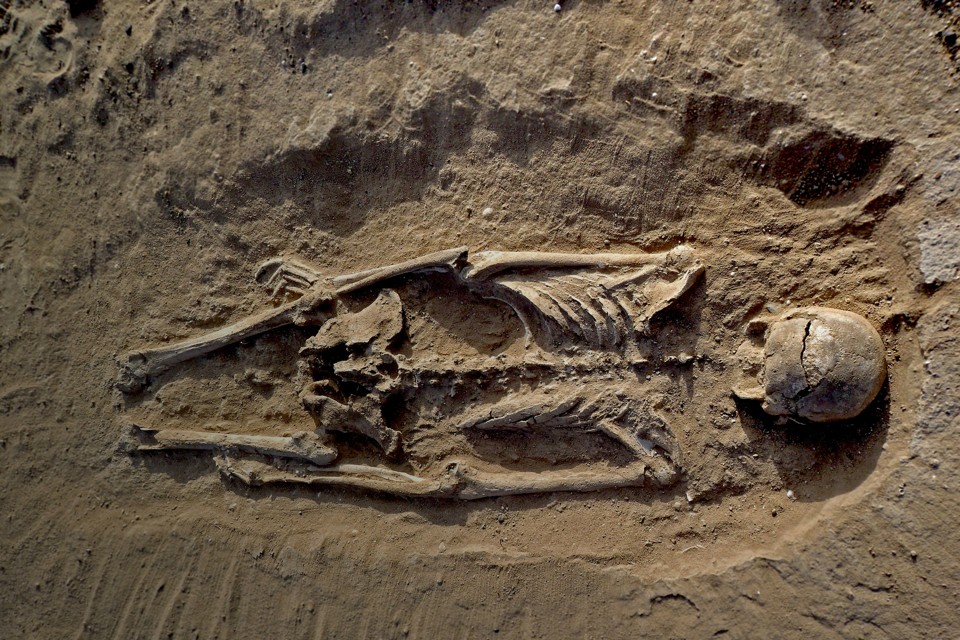 According to a study featured in Nature, archaeologists may have found the most ancient proof of human warfare in the form of a 10,000 year-old mass grave in East Africa.

Out of the 27 skeletons discovered at the location of a site near Kenya’s Lake Turkana, at 10 were found presenting signs of fatal injuries. Some of the skulls were clearly crushed, while other skeletons were struck with arrows in their necks and heads.

Among the victims in the mass grave was also a woman in the latest stages of pregnant who was found with her hands and feet bound. Humans have been waging wars against each other as far back as history can recollect, but this brutal and controversial scene might just go back even further than that.

What is now scrubland in the area of the mass grave once was a fertile lakeshore. History and archeology were aware of large-scale acts of violence among settled societies, but proving that hunter-gatherer societies also fought had been met with little evidence – until now.

According to some scientists, the concept of property or ownership of land was of little interest at the time due to the nomadic lifestyle that hunters adopted.

Given the few possessions that could be the object of a fight, experts suggested these societies seemed to be relatively peaceful, even egalitarian. The same scientists believe that warfare became a problem only after the invention of farming, as wanted to protect their crops by whatever means necessary.

This widely held theory is now challenged by the study of the Kenyan massacre, as researchers from the University of Cambridge provide compelling evidence that the victims were murdered in one occasion.

Many of the skeletons – of whom some were children under 6 years old – were found face down. Others, like the pregnant woman, were found in positions that suggested they had their feet and hands bound. To make matters even more controversial, archaeologists also discovered bones of a nine-month-old fetus.

At this point, the event that resulted in the mass grave can only be speculated, as researchers think the group might have been attacked by rival hunter-gathers armed with spears, wooden clubs, or arrows.

Instead of being buried, signs at the ancient site suggest the bodies were left to rot, which supports the idea of an alleged war or inter-tribal fight. According to lead researcher Robert Foley of the University of Cambridge, this discovery fuels the idea that human warfare is as old as humanity itself.
Image Source: The Atlantic