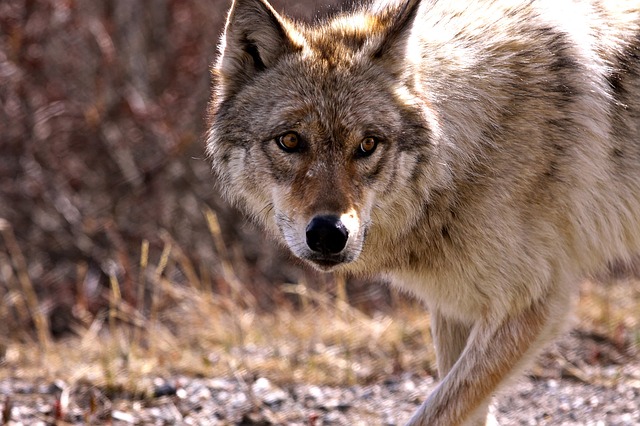 Wolves may still need to be listed as endangered.

Scientists claim that gray wolves are still endangered and that they should not be removed as of yet from the federal endangered species lists in several areas in the western Great Lakes Region.  A recently released report was released on Tuesday disagreeing with other specialists who had claimed that the wolf population had rebounded sufficiently in the area.

The listed animals would receive protection against hunting and fishing activities as they would be considered too scarce to be subjected to these practices. This new report urges the authorities to maintain the gray wolf within that region on the endangered species list as the total population of wolves in the area has just reached 3,700 a number which the report shows cannot yet represent a self-sufficient population.

A group of both scientists and scholars have explained that delisting the species form the endangered species list should, in accordance to the law, only happen if and when the U.S. Fish and Wildlife Service has used the best available technology and science in order to justify the delisting of any species . The experts protesting the delisting consider that this has not happened when determining whether the wolves should be delisted or not.

This last report comes as a response to an earlier assessment of several colleagues of the scientists and scholars issuing this report. The previous team of researchers had determined that, with a population of 3,700 wolves existing in the Michigan, Minnesota and Wisconsin, there was reason to believe that the population had rebounded sufficiently and was no longer in need of additional protection warranted by the species’ existence on the Government’s endangered species list.

And while some lobby groups have advocated for the delisting of the wolves citing facts such as the increase in their numbers, and the need to also shelter other exposed species who have less chance of becoming self-sustainable within their natural habitats, you can see why researchers are weary of so easily delisting the wolves in the Western Great Lakes Region.

A previous attempt at this was made, when the wolf was taken off the endangered species list for the Western Great Lakes Region, and the control of the number of existing specimens in the area was pretty much left under the jurisdiction of each state covering each part of the region.

Many states then quickly issued wolf hunting and trapping seasons, opposed by many tribes and controversial to many environmental groups. A federal case to bring these actions to the attention of law enforcement officials resulted in the relisting of the wolf as an endangered animal in all of the Western Great Lakes Region, including Minnesota, Michigan and Wisconsin.