You are here: Home / Tech & Science / A Section of a Rat Brain Reconstructed in a Computer 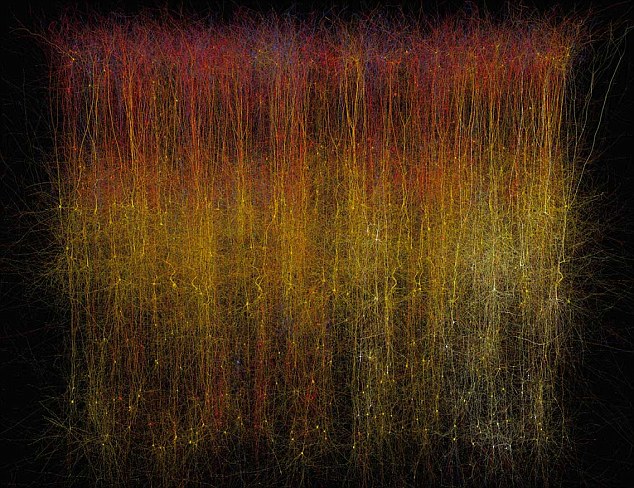 This is how 30,000 rat neurons and 55 layers of cells look like in the research tool the Blue Brain Project has created

Following years of research, an international team has managed to get a section of a rat brain reconstructed in a computer, a medical feat that involved 82 researchers from around the world.

The 10-year Human Brain Project – one of the largest European research programs – has put some of its $1 billion funding into supporting this experiment, but the current report has the signature of the Blue Brain Project. This initiative hopes to reconstruct an entire rat brain in a computer and ultimately do the same with a human brain.

In spite of how strangely amazing this achievement might sound, it has been heavily criticized. Back in 2014, hundreds of neuroscientists were rather vocal against the controversial research programs, and they signed an open letter in which they opposed the overall project and the practicability of the reconstruction target.

But according to the leader of both programs, Henry Markram of the École Polytechnique Fédérale de Lausanne, this is only the “first draft of a functioning map of 30,000 brain cells.” Although that sounds like a lot of cells, this is in no way proof that the human brain could be artificially reconstructed – considering that it contains 85 billion or more neurons.

But this is definitely a first step, he added. And there are certainly some scientists who support this research, such as Cori Bargmann, co-director of the Kavli Neural Systems Institute at Rockefeller University. Bargmann has invested a lot in the Brain Initiative, another long-term research program, and he described the Blue Brain Project’s report as an “amazing tour de force.”

However, the larger goal of reconstructing an entire brain – be that human or otherwise – is yet unclear, seeing that “simulations are in their infancy.” The 747 the researchers have built, she said, is barely taking around the runway. In spite of the promising advancement, it will be a while longer before it can fly.

Dr. Markram’s reconstruction is in no way the first step to the futuristic hope of uploading a human personality to a computer; it is a research tool that would be able to digitally encode some characteristics and connections of neurons that are found in all brains.

Nevertheless, the digital version of the portion of rat brain is still very much impressive. Instead of recording every detail of every single cell, researchers used the data from some cells to teach the others how to look and act. When they simulated certain kinds of brain activity, the big surprise was that the reconstruction acted like the living tissue.
Image Source: Daily Mail