You are here: Home / Tech & Science / Pluto Is Breathtaking In Crescent Pose 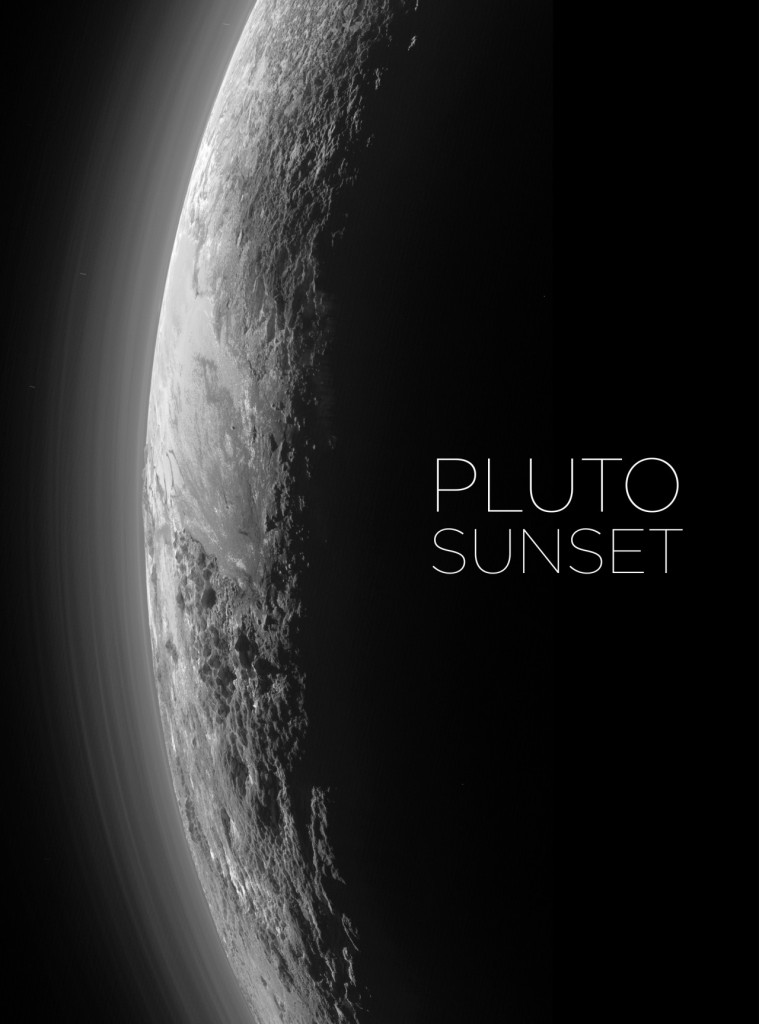 A new picture of the dwarf planet has been released and Pluto is breathtaking in crescent pose.

The same picture was first released by the New Horizons team in September, but it was incomplete. Since then, the team has been working on it and processing it and was now able to present it to the world in full. And it is “mouthwatering”, as Allan Stern, the New Horizons mission’s principal investigator puts it.

New Horizon, the tiny spacecraft sent over to finally explore and photograph Pluto, took this picture on July 14th, when it made its closes approach to the planet. The spacecraft was looking back at Pluto, towards the sun.

What’s so great about this picture, apart from the fact that it’s so beautiful, is that it shows us Pluto’s atmosphere and all of its deep haze layers. These, in turn, highlight Pluto’s rugged mountains and glacial planes. You can see the glacial planes on the right side of the picture. They are called the Sputnik Planum and they border some 11 000 foot mountains called Norgay Montes and Hillary Montes, after the couple who climbed the Everest to the top for the first time in 1953.

Data about Pluto from the New Horizons is being sent back to earth all the time, but, since Pluto is some three billion miles away from us and the New Horizon’s bandwidth is somewhat limited, it will take the data roughly one year to reach us.

New Horizons next target is a small planetary body it observed in the Kuiper Belt. But NASA still has to approve the plan of getting close to it. Meanwhile, researchers have also announced that they discovered something new on one of Pluto’s moon, Charon, that can help them understand more about what happened to Pluto in the past.

There are two craters on Charon, Organa and Skywalker. While Organa presents high levels of ammonia, Skywalker doesn’t. Scientists are trying to find out what this actually means. It might be that the ammonia is coming from inside Charon, because ammonia is a very powerful antifreeze substance, which would explain how Charon’s surface came to be created. Or, it might be that the impact created it hit a pocket of ice below the surface, that was rich in ammonia. Whatever the explanation might be it definitely has astronomers and the world for that matter, under its spell.