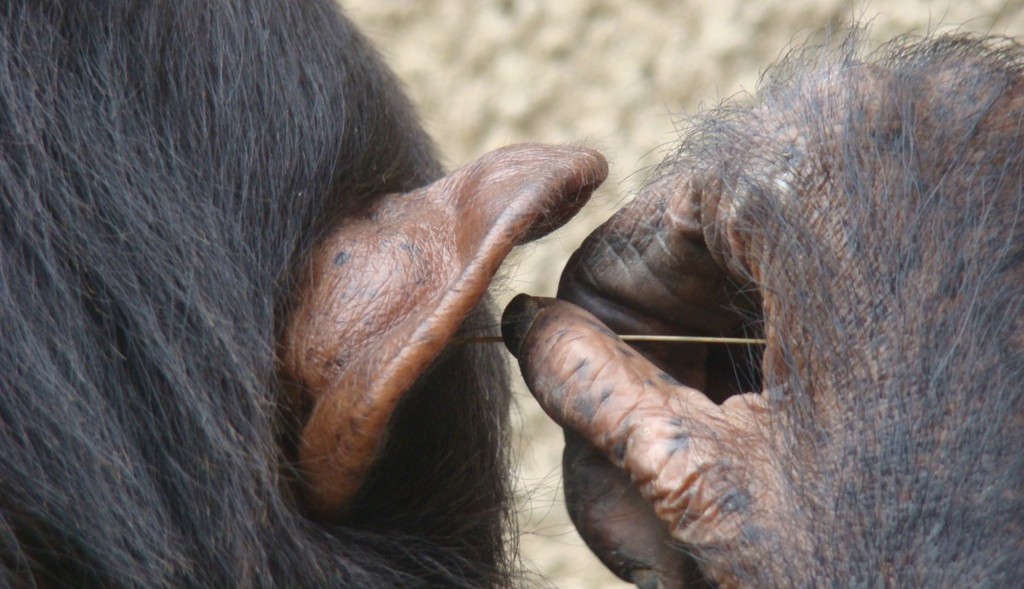 A new study published in the journal Science Advances proves human ancestors had chimpanzee-like hearing, but there were also differences. Early humans, who lived approximately 2 million years ago, developed hearing abilities that are specific to modern humans.

Previous studies have been conducted on humans’ ancestors, but very few of them were related to the hearing apparatus. Rolf Quam, an assistant professor at the Binghamton University in New York and lead author of the current research, was interested in solving this mystery and finding more about our ancestors’ hearing abilities.

For the current researcher, Quam and his team of scientists have traveled to South Africa to study the brain structure of early hominins. Computerize tomographies (CT) and computer simulations have been performed on some of the early species of human ancestors.

The early evidence was compared to the data collected from modern species of Homo sapiens and 11 specimens of chimps. The latter were included in the current research because they are considered to bear many resemblances to modern humans.

The CT scans were later on used as models for the reconstruction of ears for every species. Further tests have revealed that early humans had chimpanzee-like hearing abilities, but a separation between the two groups had already occurred.

According to Quam, it is very likely that the separation between the two species took place 5 to 7 million years ago. This has made it possible for hominins living 2 million years ago to develop new hearing apparatus.

The first difference that appeared between the two genera was hominins’ heightened sensitivity to 1.5 and 3.5 kHz frequencies. This frequencies are specific for voiced communications, suggesting humans began uttering their first words 2 million years ago.

Computer simulations have illustrated how humans’ ancestors used these frequencies to initiate short-range communication at a distance of 23 meters. Quam believes such instances of communication could only be sustained in the African savanna. Had they lived in the jungle, human ancestors would have used long-distance communications, according to computer data.

Researchers looked for other pieces of evidence to establish whether early humans did live in the savanna or not. They have found that human ancestors consumed plants that could only be traced in the savanna 2 million years ago.

Although these new ranges of hearing frequencies suggest hominins were capable of articulating sounds, this does not mean that they were capable of understanding language. Such abilities most likely evolved later, but they were definitely favored by heightened frequencies. 1.5 and 3.5 kHz frequencies are specific for sounds like “K”, “F”, “S”, “T” and “Th”, so we presume, based on this new evidence, that early humans’ communication relied heavily on these phonemes.

Quam and his colleagues think the new findings have contributed to the better understanding of humans’ hearing and speech apparatus. They plan to carry out additional studies to find out how humans arrived at such a wide range of hearing frequencies (modern humans can perceive sounds ranging between 1 and 6 kHz).