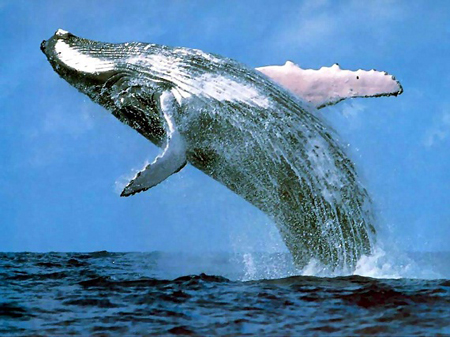 Modern species of whales have many things in common with Mysticete exemplars.

According to recent report, a huge whale fossil was found in Santa Cruz County helping scientists better understand the evolution of whales. The fossil belongs to the species of mysticete mammals, a distant ancestor of the modern species of whales, paleontologists have added.

According to paleontologist Scott Armstrong from the Paleo Solutions, the recent fossil was discovered on September 4th. Unearthing works have been very strenuous because the fossil is very large, it is approximately 25 feet long and researchers had to make extra efforts from preventing the bones from getting damaged or broken.

The whale fossil was found on a construction site in Santa Cruz County, the group of researchers has explained. The first analyses have helped them estimate that the whale skeleton dates back to 4 million years.

The good news was that the whale fossil was almost intact when researchers first laid eyes on it. The skull, the jaw bone, as well as the rest of the skeleton had been but very little affected during this long period of time.

It is believed that the fossil was gradually moved to the Scotts Valley region through movements of tectonic plates or earthquakes. This makes the preservation of the fossil a lot more surprising, considering the shifting it has been through.

Paleontologists have been very careful when they removed the skeleton from the ground. There was a constant risk of the bones being too soft; hence, the need to gently separate the skeleton from surrounding rocks.

Matthew Clapham, a paleontologist at UC Santa Cruz has been strongly impressed by the new discovery. The fossil is of great importance for the entire science community first of all, because it has been well-preserved and, second of all, because it offers great insights into the evolution of whales.

Modern species preserve many characteristics from mysticete whales. They represent the largest specimens of whales and their females are usually larger than males. They either live on their own or affiliate to large groups of whales, with whom they communicate through very long and complex sounds.