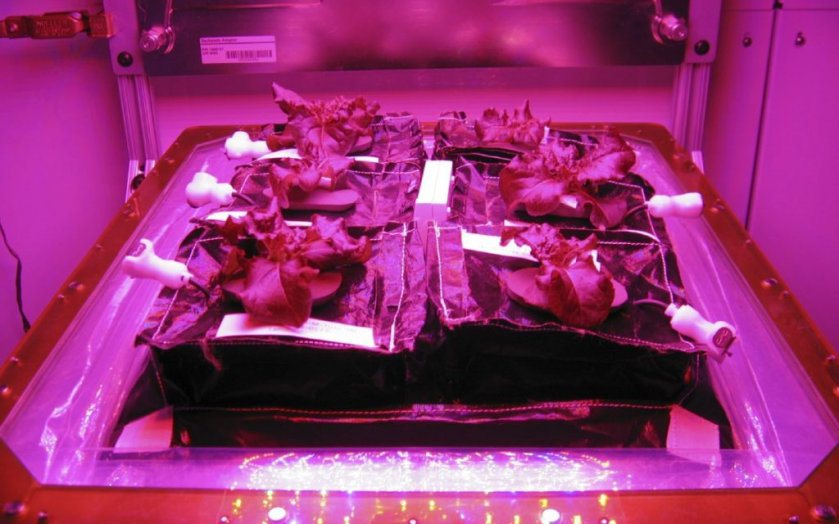 What a tasty milestone for the history of spaceflight! Marked by astronaut Scott Kelly with a taste sample of a leaf that resembles arugula, the moment represents the first time astronauts ate food that was grown and harvested in space. With a little bit of extra virgin olive oil and balsamic vinegar, the crew deemed it a success.

Some of the bounty will be frozen and sent back to Earth for thorough analysis. The astronauts who made it possible on the space station used a special pod and colored lights so their lettuces grew in a nurtured environment.

Fresh produce in space is a significant improvement for the astronaut’s moods – eating nothing but canned food loses its appeal after several months – but could also provide a degree of protection against radiation. More than any other benefit, the ability to grow crops in space increases the hopes for prolonged deep space explorations, the long voyages NASA envisions on the horizon.

SpaceX, the private company contracted to transport cargo for NASA, is also responsible for flying the seeds to the space station back in April 2014. It might not sound like a great feast, but astronauts were delighted with the taste of their home-grown leafy vegetable. Before having their meal, they would use citric acid-based sanitizing wipes to clean the heads of lettuce.

According to a NASA video that explains the system, the astronauts have also set up “pillows” made up of ‘space dirt’ and fertilizer that slowly feeds the plants. There’s no doubt that the space menu has become tastier in the last few decades, but the treat of having fresh, crisp lettuce has taken things on a whole new level.

Before the astronauts could enjoy it, however, the first crop of lettuce came back from space for lab analysis. NASA safety representatives collaborating with a team of flight doctors then began working on receiving approval for the produce.

Dr Gioia Massa, the NASA managing scientist for Veggie, explains that the system is “a collapsible, expandable unit that uses red, blue, and green LEDs to grow plants.” It took 33 days of nurturing on the part of Scott Kelly and his team of astronauts before they could harvest and eat it.

Veggie is the first reliable system that has actually proved successful in space conditions. There are, however, other methods designed to facilitate growing plants in space, such as vertical agriculture, where astronaut tend to plants in hydroponic shelves.
Image Source: Babble On 5