You are here: Home / Tech & Science / US Report Against the Blood of Cormorants 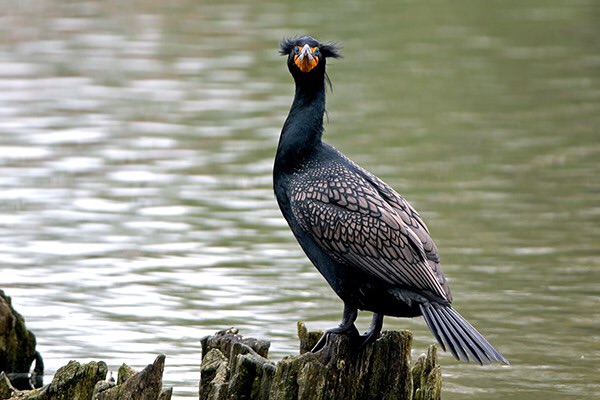 This bird is being targeted by the US Fish and Wildlife Service.

A US report against the blood of cormorants has accused the Fish and Wildlife service of deliberately killing off the birds, despite their own evidence and reports showing that, in fact, cormorants don’t pose as immediate a threat to fish population as do other factors.

Naturally, the action by the Fish and Wildlife service has gone against the animal-friendly folk, and now the agency has all the conservationists of the nation on its head demanding that the process be stopped, and the killing of cormorants thwarted.

Specifically, a document that was recently leaked from the Fish and Wildlife Service shows that the effective slaughter of 11,000 cormorants of the double-crested type had been approved. In response to this, conservationists gathered around five major groups with animal welfare have sued the agency back in April when reports first emerged of cormorants being killed.

Cormorants live in the U.S. Pacific Northwest, close to the Columbia River’s mouth, the East Sand Island showing the largest number of birds. Previous reports from the region and not only spoke of a major fish die-off – specifically salmon and trout. Some voices have speculated that this was due to the rising population of cormorants in the area.

The current lawsuit does not only accuse the Fish and Wildlife Service of slaughtering the animals instead of using non-violent approaches, but it effectively reminds the agency that it itself released a report back in 2014 in response to these allegations, saying that if the cormorants would not eat the juvenile salmons and steelhead trout, then other, bigger fish in the area would. This essentially justified no action being taken.

The conservation director of Portland’s Audubon Society, Bob Sallinger, said that their report has to do with more than just the killing of cormorants, and attacks the scientific integrity of the U.S. Fish and Wildlife Service.

The file accompanying the lawsuit also states that the main problems affecting salmon and trout populations are the many hydroelectric dams that are spread across the river. The 180 cormorants that have already been killed, according to the report, have thus died for nothing, it seems.

Last year, NOAA, or the National Oceanic and Atmospheric Association, released the report that stands at the root of the problem. There it was said that juvenile salmons and steelhead trout are being killed in large numbers by the cormorants. The two fish are both on the Endangered Species Act. NOAA subsequently called for the decreasing of the bird population from 13,000 (their current number) to under 6,000 by the year 2018.

The Fish and Wildlife Service has, up until this moment, refused to make any comments.