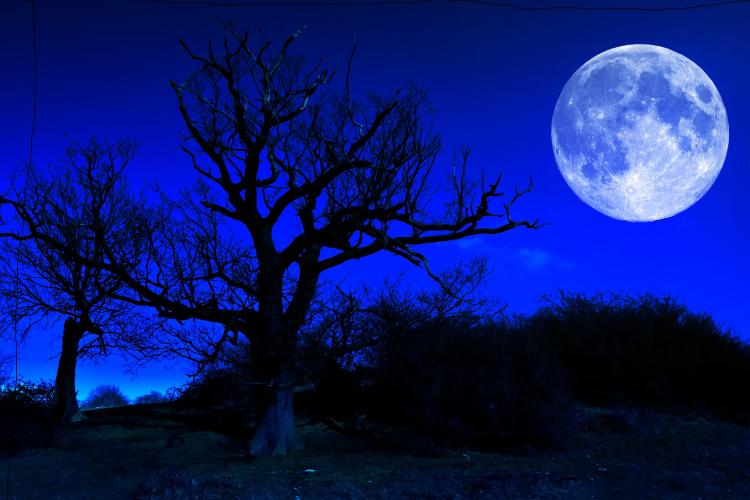 On Friday, we will be having our second full moon of this month.

This year, once in a blue moon means July 31st, a rare phenomenon which basically means that this month we will be treated with an unusual number of two full moons. While it’s good news for romantics planning on walks this Friday and bad news for possible werewolves out there, we will be seeing another full moon after the first occurred on July 1st.

It is a rare occurrence that typically happens only once every two and a half years due to the small variations in a lunar cycle compared to the length of an average month. The moon will certainly not be blue in color, disappointingly enough, but it will be the first since August 31st, 2012.

On average, a lunar cycle lasts 29.53 days and there are 365.24 days in the year, which through a simple equation means that there will be 12.37 full moons in a year. Given the short error figures in the math, they accumulate each year and eventually form into a complete 13 full moons within a 12 month long year, and that brings us to what astronomers call a blue moon.

This is one of the years where the numbers have gathered up together and amounted to that extra full moon which will be visible on the sky this Friday. It will also might incur the wrath of those who have made promises of ‘once in a blue moon’ without scientific knowledge of how often the event even occurs.

While it does not live up to its name, there is the possibility of viewing small blue outline that only appears on the moon’s first day of cycle. It’s not quite as dramatic or impressive sight.

However, the promised concept of a blue moon is indeed possible. Apparently, certain atmospheric conditions might lead to the colored appearance of our natural satellite, such as the ashes of volcanic eruptions.

It has been a mark in history, in 1883, when the volcano Krakatoa erupted, leaving a mass of ash and plumes of smoke rise up into the air. It turned the moon blue or, sometimes even green, as it lifted up into Earth’s atmosphere and mixed with the light.

While likely stunning to view, the occurrence also caused fire red sunsets that panicked the population into calling the fire departments in several cities across the United States, mistaking the hot red with fires.

We face no such risk on Friday, but it will be a shame to miss, considering the next blue moon will be happening on January 31st of 2018.