You are here: Home / Tech & Science / NASA Discovered another Earth 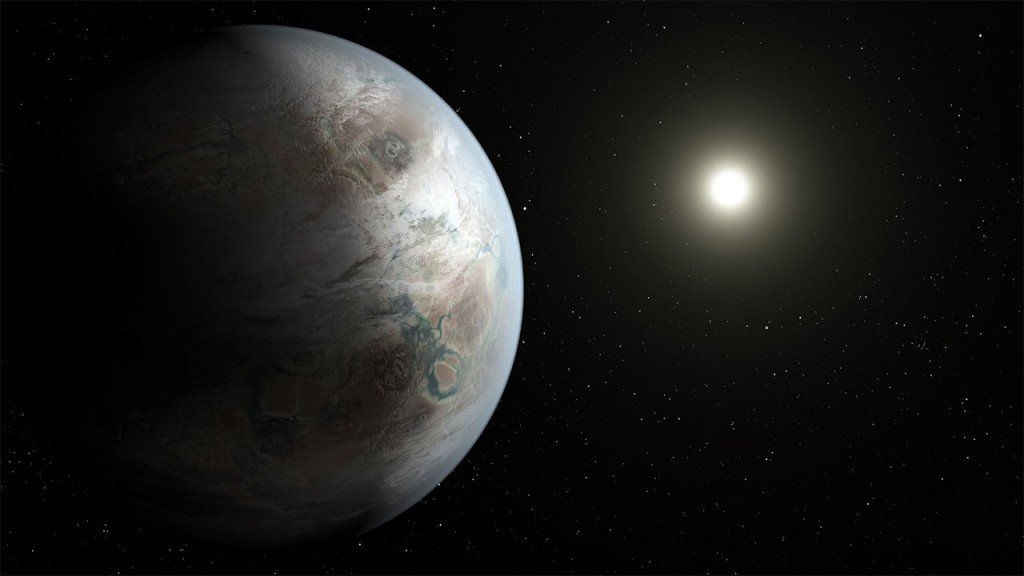 NASA discovered another Earth recently. The planet with the size of our Earth is called Kepler-452b and it was found orbiting a star similar to the Sun. The orbit of the other Earth takes 385 days to complete.

According to a recent report, the associated administrator from the Science Mission Directorate at NASA, John Grusfeld said that the spacecraft designed to look for planets has recently discovered a star and a planet that closely resemble the Sun and the Earth. This comes as the celebration of the 20th anniversary of the revealing that other Sun-like stars are responsible for sustaining planets.

In spite of the fascinating nature of the recent discovery, Kepler-452b still remains a mystery, with a lot of details still unknown, such as composition and mass. A diagram revealed that the planet could be about 1.5 billion years older than our planet, which means it had that much more time to evolve life on it. And even though Kepler-452b is bigger than our Earth, its orbit of 385 days is just five percent longer.

Kepler-452b may not be another home for humanity, but its discovery is part of the constant exploration of the vast Universe, which reveals the charm in science. An astronomer at the United States space agency’s Ames Research Center from Moffett Field in California, Jon Jenkins said that it’s awe-inspiring to imagine that the planet has spent a longer time than Earth by 6 billion years in the habitable zone of its own Sun.

A research scientist from the Search for Extraterrestrial Intelligence Institute from Mountain View in California, Jeff Coughlin said that there is a serious probability that we won’t be able to travel to this planet in our lifetime without some unforeseen breakthrough in technology, but our future generations may be able to do that someday.

Other than Kepler-452b, NASA has 4,696 planet candidates at the current time. NASA said that we are getting a lot closer to finding our Earth’s twin. Twelve of the new candidates have similar diameters like Earth’s and orbit around in a habitable zone.

One of the co-investigators of the Kepler missions, Bill Cochran said that Kepler showed recently that practically all the stars that we see up on the sky possibly host planetary systems.