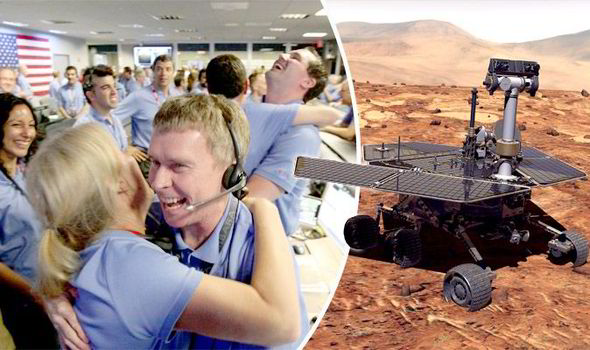 Based on a recent announcement issued by the space administration, NASA celebrates Opportunity’s 11-year marathon on Mars. The special event will be market through the release of a video showcasing the progress that the rover has made on the Red Planet.

Opportunity was first launched in space in 2004 and has sent useful information about the planet ever since. The rover has long exceeded astronomers’ expectations; therefore, the administration is planning on celebrating the 11-year marathon on Mars through an eight-minute video.

The video was released on Thursday and it displays some of the most important moments of the rover on Mars, as well as the 26.2 miles it has traveled on the Red Planet.

Shortly after the Opportunity rover landed on Mars in 2004 it was accompanied by another investigating robot, Spirit. The twin systems were supposed to cross Mars’ land in search of possible water traces. Their mission was supposed to last for 90 days, but both Spirit and opportunity have long exceeded this deadline.

Astronomers did not expect the two investigating robots to perform so well in space, given that their physical features were not adapted to the planet’s characteristics. As a matter of fact, Spirit was trapped in a sand hill in 2009 and ground operators working for NASA could no longer restore the rover to its initial state.

Opportunity, on the other hand, continued its mission for six more years. There have been some technical problems, as well, but the rover managed to overcome them, nevertheless.

Scientists at NASA have included footage in the eight-minute video showing the problems that the rover encountered on the Red Planet. The images prove that one of the wheels of the rover have been damages while the robot was climbing a rockier region of the planet.

One of the operating arms of Opportunity have also been damaged, but this small disability did not prevent the rover from gathering data about the past activity of Mars. Thanks to the information that the rover has provided, researchers have reached the conclusion that there was once water on Mars.

The flash memory of Opportunity is not functioning very well, either. The machine is now using RAM memory to save files. The database is upgraded with new files on a daily basis and not stored in flash as it used to be before. Even so, scientists are satisfied with the work that the solar-based rover is making and they will continue to use it until no longer functional.