You are here: Home / Tech & Science / NASA’s New Approach on How to Make Mars Mission Possible by 2039 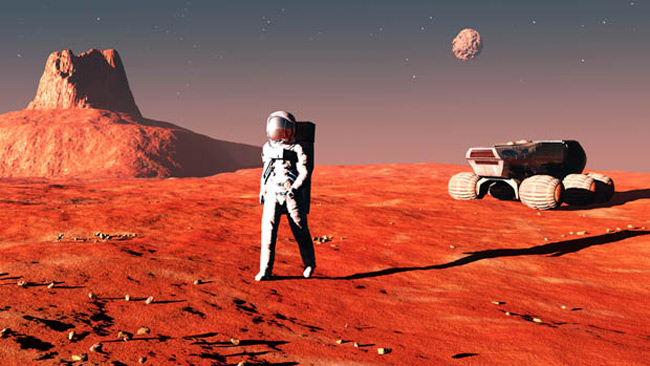 NASA’s top long-term priority is to send astronauts on Mars via its human-spaceflight program, and according to the latest estimations, their plan of landing a team on the Red Planet by 2039 might just be possible.

But first, the space agency will attempt to organize a manned trip to Mars’ moon Phobos. Hoppy Price, head of NASA’s Jet Propulsion Laboratory, believes it is an achievable task that has a reasonable deadline.

What’s even more important is that NASA’s intentions for landing a human on Mars during our lifetime won’t cost the agency (ahem, the taxpayers) a trillion dollars.

Mr. Price added that it was a wise plan to get astronauts to Mars orbit at first – to either one of its little moons, Phobos or Deimos – rather than just dropping them on the unknown and dusty planet surface.

The strategy behind breaking up the space campaign in two separate parts was prompted by the significantly reduced costs and risks. In one word, it would make the feat more manageable, especially in terms of preparation on a year-by-year basis.

According to a report published on Space.com, a team formed of Price and two other colleagues filed a proposal with the agency, whose schedule has two parts: getting astronauts on Phobos by 2033 first, and then right on Mars’ surface by 2039.

This mission architecture is still in the concept stages, as NASA has yet to approve it. If it gets the green light, Price hopes it will help with the negative perception the public has on manned Mars exploration by shinning a more optimistic light on it.

The plan is to reach Phobos – which is approximately 16 kilometers wide – and establish a space base on it. Phobos is on the Martian orbit at a distance of roughly 6,000 km. In order for this Mars mission to succeed, the team needs four launches of NASA’s Space Launch System (SLS). The megarocket, whose first flight is set for 2018, is still being developed.

Pace’s team has designed a multistep approach, with the first stage happening in 2029, when the SLS will transport a space tug and two chemical-propulsion payloads. Second SLS launch will take another tug and the Phobos base, which is big enough to take a crew of four up on the Martian moon.

Third and fourth launches, which would take off around 2032, would transport a “deep-space habitat and a Mars Orbit Insertion Stage to Earth orbit,” and a NASA’s Orion capsule and another crew of four, respectively.

The Orion capsule will then take the space crew in a 200-250 day journey to Mars orbit. After reaching the Phobos base in 2033, the astronauts are scheduled to remain there for about 300 days. If all goes well during this time, the astronauts would then head back to Earth.
Image Source: Aajkikhabar