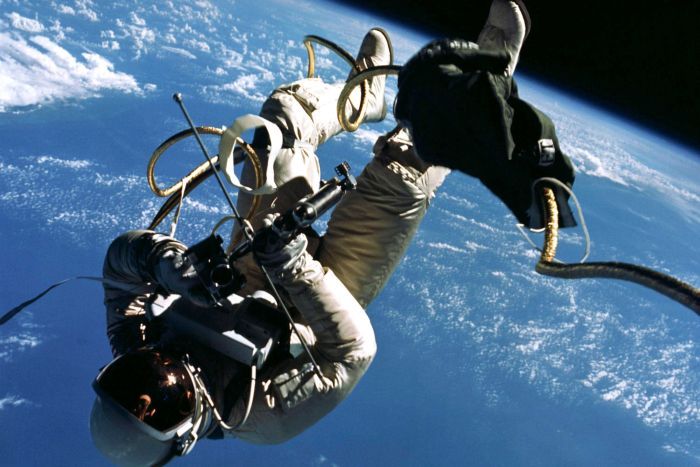 On June the 3rd, NASA released archive collection to celebrate 50 years of spacewalks, officials working for the administration informed. The collection contains a vast number of space pictures that have been taken while astronauts swam in space for the first time.

There are many important events that NASA is celebrating this year. After celebrating 25 years of activity on behalf of the much appreciated Hubble Space Telescope, NASA released an archive collection to celebrate 50 years of spacewalks on Wednesday.

The administration has selected some of the most important moments in the history of spacewalks and made them available for the public. The images were accompanied by the declarations of the lucky astronauts, who have had the opportunity of swimming in the blue sea of sky.

Edward H. White II was the first American astronaut to fly in space. The amazing moment took place on June the 3rd, 1965. Based on the official statements that the team has made, White walked outside the spacecraft having just one gold cord tied around his suit. He spent precisely 21 minutes in space and was reluctant to return to the space ship when NASA researchers advised him to do so.

Upon his return on the Earth, White declared that those were the most exciting and beautiful 21 minutes he had ever spent in his entire life. He managed to immortalize the moment by carrying a camera on his shoulder the whole time. Some of the captures have been added to the anniversary collection that NASA released on June 3, 2015.

Although America’s first spacewalk remains an important landmark in the national history, NASA was not the first to ever fly in space. Russian space researchers were the first to cross the space frontier just a month before White left in space.

Alexey Leonov, one of Russia’s most popular astronauts, first set foot in space on March 18, 1965. On that particular day, he went outside the Voskhod 2 spacecraft and spent 12 minutes swimming the infinite blue.

Even though Russians used to be ahead of the Americans in terms of space discoveries, it seems now that the tables have turned. NASA is now leading all research programs and the administration has big ambitions for the following decade.

Researchers are now investigating Mars’ surface in an attempt to establish the first human colony on the celestial body by 2020. The program has received incredible support on behalf of the American government and president Barrack Obama himself hopes to be around when the mission is accomplished. The Administration is currently conducting experiments to establish humans’ resistance in outer space during long-lasting missions.
Image Source: ABC Net