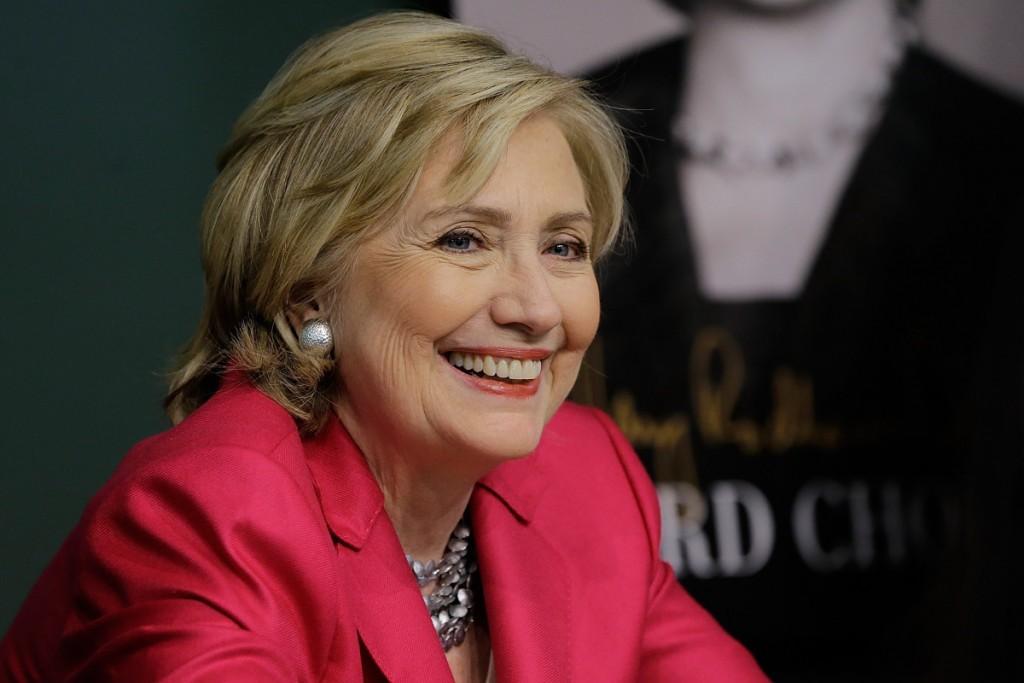 According to a recent poll, Hillary Clinton seems to be the favorite candidate for the 2016 presidential elections. She has already gained serious ground, leading over all the Democratic candidates and the three potential Republican adversaries.

The poll, conducted by the Wall Street Journal/NBC News, took place days after Hillary’s first rally, and it showed the unexpected favor and widespread support she has found among the key voting groups; women under 50 years-old and Latinos have already expressed solid support toward Mrs. Clinton.

Among the Democratic primary voters, three out of 4 respondents said Hillary was preferred, whereas Bernie Sanders only received support from 15 percent. The poll revealed that a sheer majority of respondents – 92 percent among the Democratic voters – could see themselves supporting Clinton’s presidential candidature.

More than 1,000 Americans were asked about their political preferences in the 2016 presidential elections in a phone survey across the country that took place from 14 to 18 of June, 2015.

Jeb Bush, who is currently holding the place of front-runner for the Republicans, has only gained 22 percent of the respondents’ support, and he is closely seconded by Scott Walker, with 17 percent, and Marco Rubio with 14 percent.

If Clinton and Bush would race against each other, theoretical polls would have Clinton in the lead with 48 percent, while Bush would gain only 40 percent. Bill McInturff, a Republican pollster, and Fred Yang, Democrat, were the ones to conduct the poll; McInturff believes Clinton has great advantages that keep her in the lead.

Hillary, he says, is one of the strongest candidates to enter politics since 1980. But according to 62 percent of Democratic primary voters, she needs to prove she is ready to be elected by facing a strong candidate from the opposite party.

Even though she has a great majority of potential voters among Democrats, Clinton’s popularity among all voters is still divided in the middle: only 44 percent are ready to support Clinton, while 40 percent still see her in an unfavorable light.

Jeb Bush, as a third generation of Bush’s to aspire to the presidential office, hasn’t got very good odds in his favor: 61 percent of respondents believe he would leave the population uncertain, pessimistic and worried about the future.

People also had mixed reactions to a very-possible race between Clinton and Bush; 16 percent of respondents would be very satisfied with such a race, while the others marked the “fairly” or “just somewhat” options for this question.
Image Source: Huffington Post