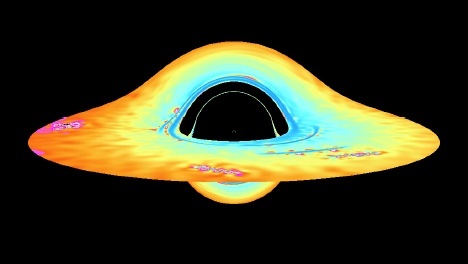 Interstellar was a particularly controversial film: on the one hand, there was the appreciation of moviegoers, who appreciated the visual effects, production design and soundtrack. On the other hand, there was the criticism of the science behind it. However, it seems that Interstellar might have gotten something right. Interstellar’s visual effects had black holes accurately depicted, it seems, which provided movie lovers with an accurate view of what the gravity giants could actually look like.

Curiously enough, a scientific paper now accompanies the Box Office success. Such was the movie team’s investment in the accuracy of the scientific events that it presented that NASA took part in the movie’s promotion. 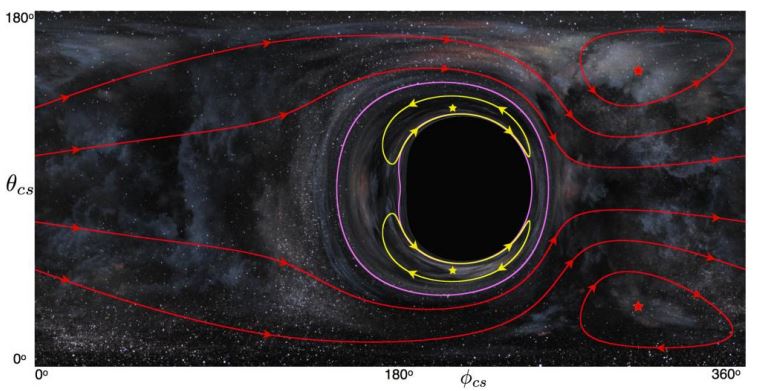 Christopher Nolan’s sci-fi masterpiece might actually work as a stepping stone for scientists to understand how a black hole truly functions. In attempting to produce an accurate depiction of a black hole, the Interstellar special effects team came across one issue. It seemed that a completely accurate portrayal would have become too confusing for viewers.

The scientific paper accompanying Interstellar was published on the 13th of February in the Classical and Quantum Gravity journal. It describes the cutting-edge computer code (dubbed the Double Negative Gravitational Renderer) which allowed the special effects team to create the stunning images of not only the black hole and celestial objects but also the wormhole. Scientific equations were used in order to accurately depict what would happen when one would venture to close to a supermassive black hole.

Double Negative, the visual effects company, paired up with a theoretical physicist from Caltech, Kip Thorne, in order to solve what then seemed a riddle. Together, they understood that, when a camera is placed close enough to a powerful vector (in this case, a massive black hole), caustics can yield well over ten images. In fact, in some cases, the plane of the galaxy where such a black hole resides can be revealed. The images obtained thusly then cluster along a particular edge of the black hole’s shadow.

The collaboration was at times difficult, Oliver James, Double Negative chief scientist admits. The team used Albert Einstein’s general relativity equations in their attempt to produce the space-warping black hole images. Yet when attempting to calculate what exactly would happen in such an environment, difficulties did appear.

“I’d ask him a question and maybe a week later, sometimes a month, I’d get a beautifully presented paper that he’d laid out with references going into the history of the problems I’d been asking about,”

But why would multiple images appear at the same time? The massive gravity generated by such a black hole would cause space to be dragged along with it as it spins. As a result, planes are twisted around it while caustics stretch repeatedly around the black hole.

With this in mind, the team then began creating the model that would provide Interstellar with the images of what it would look like if a person could actually orbit around a black hole. Nolan’s creation is the first time that such a phenomenon is accurately depicted on film.

Yet another hurdle appeared as the team attempted to increase the clarity of the image, particularly the wormhole and the Gargantua black hole. The team wanted to avoid the normal flickering which occurs when single light rays are used to generate computer code pixels. Interstellar’s special effects experts desired to provide their viewers with realistic and smooth images, so they attempted to alter the computer code.

“Instead of tracing the paths of individual light rays using Einstein’s equations – one per pixel – we traced the distorted paths and shapes of light beams,”

The image of Gargantua and its accretion disc is particularly striking. Initially, rainbow-colored flat disks were used by the special effects team as they were attempting to understand how such a disc could be deformed in the presence of a black hole. The disc’s colors were then altered for a more realistic effect.

When the final image had been obtained, Nolan wondered whether his audience would understand that, because of the black hole’s particularly fast spin, which dragged light to one side, the central portion would be squashed against one of the hole’s sides. The asymmetry seemed a bit of, so the team decided to leave this part out.

The black hole’s colors are also a bit different than those normally present in the case of a real-life black hole. It’s accretion disc is not only redder but also brighter. The film’s scientific team discovered that glowing red matter would be altered because of Gargantua’s rotation. As the wavelength of the red matter shortened as a result of the Doppler effect, its light would turn a cool blue and the accretion disc would have been darker. Nolan also desired to leave these details out of the final image.

As a result of the team’s work, astrophysicists who are studying massive celestial objects can now adapt this tool to scientific research by using DNGR.

Image Source: LinkedIn Physics for Me