You are here: Home / National News / Tensions Between North Korea and the U.S Increase After Second Internet Shortage 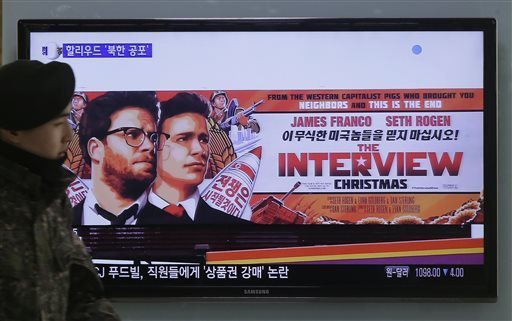 Another Internet shortage took place in North Korea on Dec. 27, this recent event adding more tension between the U.S and North Korea which blames the former for the outage. Evidence that would explain the black out or North Korea’s implication in Sony’s cyber attack is yet to be found.

DYN, a company that monitors Internet performance all over the world stated that the first Internet shortage could have resulted from a cyber attack but other reasons could also apply, power shortages for example.

DYN experts also analyzed the second connectivity error and found some differences. They found out that the second incident was missing the long period of routing instability that characterized the first Internet outage in North Korea. He added that if there was culprit, the person acted more efficiently than the first time.

This last incident will add even more tension between these two countries. The U.S considers the cyber attack to be North Korea’s way of getting back at them for the new movie they were about to release. “The Interview” is a comedy whose plot revolves around the assassination of North Korean leader Kim Jong Un.

North Korea considers the U.S to be responsible for the two Internet-related incidents. To make matters worse, the North Korean leader recently described President Obama as “reckless in words and deeds like a monkey in a tropical forest.”

Both countries denied being involved in these recent incidents. Furthermore, there is very little proof that could demonstrate either of the twos implication.

The FBI stated that there is information leading to North Korea’s involvement. However, they could not share any other facts as they needed to protect the “sensitive sources and methods” used in the investigations.

The only details they made public was that the malicious software used in Sony’s cyber attack was similar to the one used by North Korea on other occasions. However, some cyber security specialists don’t consider this to be a solid argument.

Kurt Stammberger, a senior vice president of cyber security firm Norse told CBS that another theory should be taken into consideration, that of the cyber attack being an inside job. Furthermore, according to a cyber security expert, the group responsible for hacking Sony never stated their reasons to be the release of “the Interview”. The link between them was set by the media.

Although president Obama promised a response proportional to the Sony attack, Internet shortage resulted from a very basic method of hacking. The technique is called “distributed denial-of-service”. It overburdens Internet services with a great amount of traffic, leading to its shutdown. Any hacker with $200 could have done this.

The dispute between the U.S and North Koreea will surely continue, with or without evidence of any of the two’s involvement.
Image Source: Myrtle Beach Online