You are here: Home / Archives for no evidence found yet 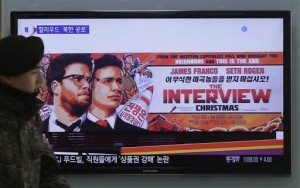 Another Internet shortage took place in North Korea on Dec. 27, this recent event adding more tension between the U.S and North Korea which blames the former for the outage. Evidence that would explain the black out or North Korea’s implication in Sony’s cyber attack is yet to be found. DYN, a company that monitors Internet performance all over the world stated that the first Internet shortage … END_OF_DOCUMENT_TOKEN_TO_BE_REPLACED