You are here: Home / Business / Starbucks Opens a Real Coffee Kingdom In Seattle 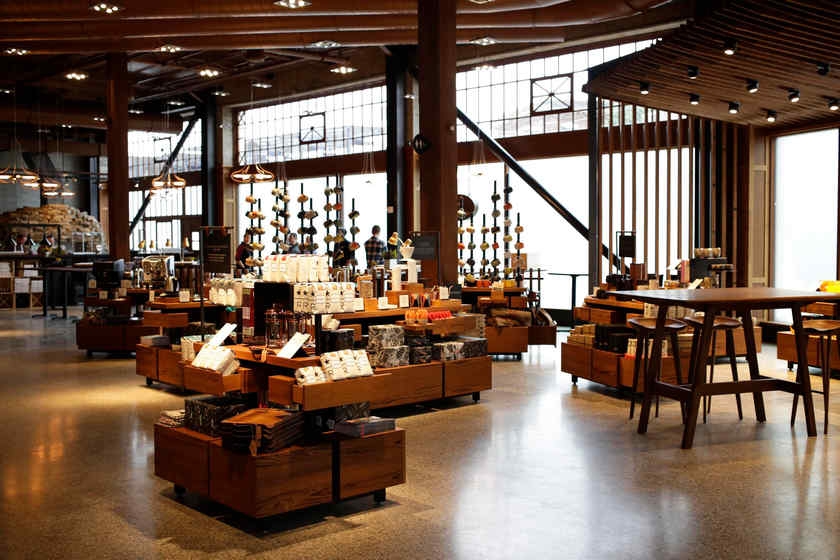 Starbucks, the American giant and leader in all that is coffeehouses worldwide, opened its own castle of coffee this Friday, in Seattle.

Appropriately named Starbucks Reserve Roastery & Tasting Room, the 1124 Pike Street location is a coffee emporium, about 12 times larger than your regular Starbucks coffee shop. Starbucks CEO, Howard Schultz, the Willy Wonka of coffee has raised the standards with this amazing inauguration and still has many plans up his sleeve to double United States food revenue to more than $5 billion over the next five years. Some of it will rely on Starbucks expanding its activity to commercializing wine and beer in their stores, along with all the coffee-based products.

The Starbucks Reserve Roastery is far different than what you have been accustomed to when you think of their quaint, quiet and discreet coffee shops. It is part store, part theater and will probably turn out to be one of the great tourist attractions of Seattle. Here, the coffee is not just sold, but roasted, bagged and shipped around the world, with anyone joining in being able to observe the process and relish in the aroma of coffee in-the-making.

So the experience of visiting the Starbucks Reserve Roastery & Tasting Room is not even remotely close to what you have been used to so far. Howard Schultz spoke of how it is meant to shine a bright light on everything Starbucks but also educate people “from bean to cup” in the art of coffee-making. Not to mention that a trip to this museum of coffee will not go that easy on prices either. From what has been gathered so far, the cheapest cup of coffee you can grab yourself is $3 while the most expensive, 32-ounce cup of Pantheon Blend, will go up to $8. If you are feeling adventurous and want to take a trip through the Experience Bar, it will tax you $15. But the purchases do not necessarily end here. A series of other items will be put on sale, ranging from hand-blown drinking glasses for iced coffee that you can grab for $75, to Starbucks store waxed canvas aprons for $149.95 and lastly even Italian-made espresso machines that will burn a $3,000 hole in your wallet.

Starbucks officials have estimated that this emporium will attract between 1,000 and 2,000 visitors and customers a day. The vice president of the Roastery and Reserve operations stated that this is the epitome of Starbucks and its story over the years.