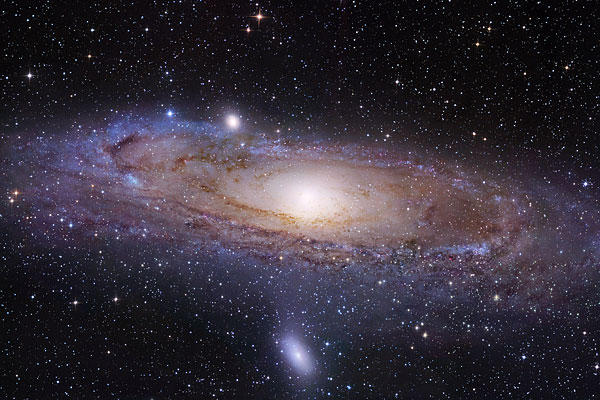 A team of astronomers led by the University of Hawaii have recently found a solitary dwarf galaxy located 7 million light-years away from Earth. The new found galaxy was discovered by the Hubble Space Telescope in the Milky Way’s near vicinity.

Researchers located the new galaxy, labeled KKs3, within a cluster of 54 galaxies they were trying to map. KKs3 is a solitary dwarf spheroidal galaxy, a very rare type of galaxy that scientists believe it could give them some hints about how galaxies have formed.

Researchers said that they located KKs3 in the constellation of Hydrus within a local group of galaxies.

Galaxies such as KKs3 are very rare and hard to find. In 1999, a Russian team of space researchers found KKR25, a similar galaxy, so only two of their kind were discovered so far.

Dimitry Makarov, researcher at the Special Astrophysical Observatory, said that finding galaxies such as KKs3 was a ‘painstaking work’ since they were very hard to detect even with a telescope such as Hubble. Mr. Makarov also said that there may be a huge number of dwarf spheroidal galaxies (dSph) hidden from our eyes that could help us understand better the cosmos evolution.

Astronomers also hope that the new found dSph galaxy could help them solve the mystery of dark matter presence in space. Dark matter is an invisible matter that can get spotted only due to their intense gravitational pull. Scientists say that nearly 85 percent of the total matter in the universe is dark matter.

Scientists said that KKs3 was unique because many dSph objects get sucked in by larger neighboring galaxies, while KKs3 somehow dodged assimilation.

Scientists say that most of their material need to form new stars was also taken away by neighboring younger galaxies such as Andromeda. So, astronomers need to look for individual stars to locate such galaxies instead of clouds of dust and gas, which is a much more challenging task even for Hubble.

Astronomers now hope that Hubble’s successor, The James Webb Space Telescope (JWST), and the European Extremely Large Telescope (E-ELT) in Chile would help them more in detecting dwarf galaxies. JWST was in planning since 1996, but it is scheduled to be launched in 2018. E-ELT is expected to get fully functional by 2024.

The findings about KKs3 were published Sunday in the Monthly Notices of the Royal Astronomical Society.