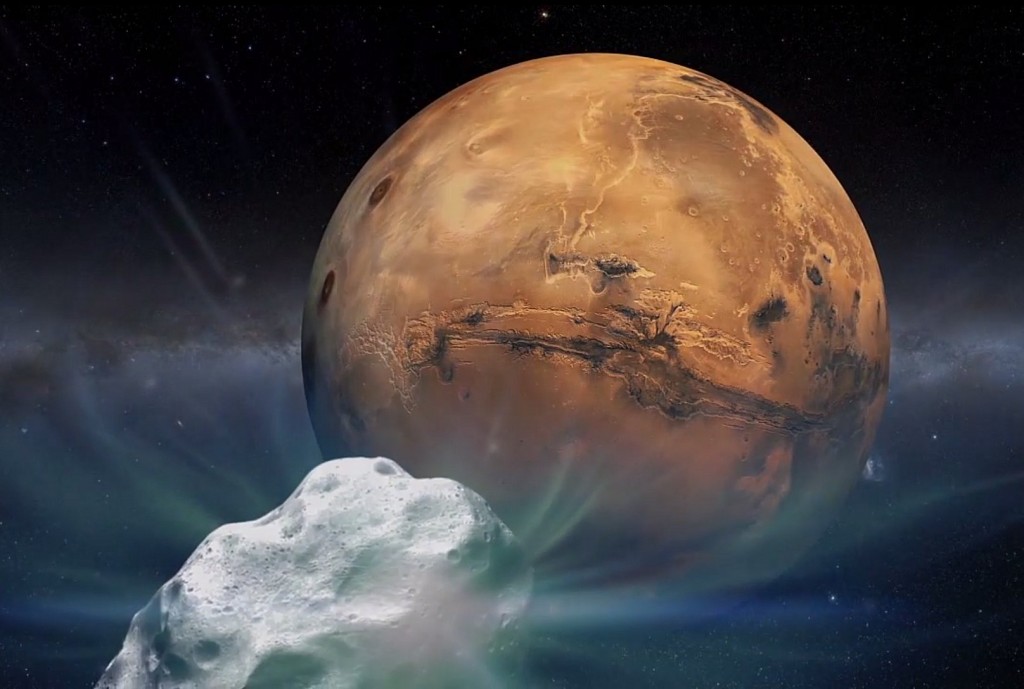 On Friday NASA said a comet that flew by planet Mars last month released a strong meteor shower that changed the chemistry of the planet’s upper atmosphere for a short period.

Siding Spring is the name of the comet and it came from a faraway region in the solar system known as Oort Cloud. The comet passed 87,000 miles from Mars on October 19 with a speed of 35 miles, or 56 km per second and it was monitored by a spacecraft built by humans.

Director of NASA’s Planetary Science Division, Jim Green said that this kind of event only happens once in every 8 million years. The comet set free much more dust than it was anticipated by scientists at NASA, estimated at thousands of kilograms.

This phenomenon was temporary.

It is the first time that NASA scientists made a link between the debris from a shower of meteors to such an important change in atmosphere. The agency hopes that studies will later reveal if there are any effects lasting a long-term.

Data collected from a NASA spacecraft named the Mars Atmosphere and Volatile Evolution Mission (MAVEN for short) shows the meteor shower most likely lasted an hour or so.

“observed intense ultraviolet emission from magnesium and iron ions high in the atmosphere in the aftermath of the meteor shower,”

The scientific instruments on MAVEN detected eight various types of metal ions, which include magnesium, iron and sodium. These were the first measurements of a comet from Oort Cloud, and it is said to resemble a snowball, according to some experts.

Instrument lead for MAVEN’s Imaging Ultraviolet Spectrograph at the University of Colorado, Boulder, Nick Schneider said if humans were on Mars they would have been able to see a yellow glow in the sky. This phenomenon would have been stunning to the human eye. He also told reporters that there were “probably thousands of shooting stars per hour,”

NASA’s Mars Reconnaissance Orbiter, the European Space Agency’s Mars Express and MAVEN were moved to the other side of the planet to avoid the debris coming from the comet. Green said that it was a good thing they were moved because it’s unlikely they would have survived considering they way Mars took the blow.