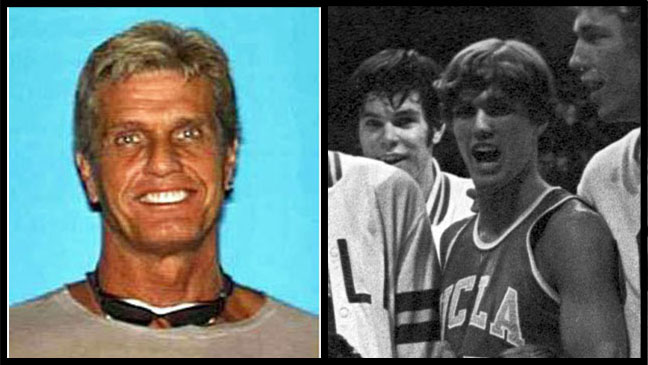 The remains of the 20th Century Fox executive and UCLA basketball player who mysteriously disappeared more than two years ago, were found in a desert area. Police said on Thursday they believe they know what led to his being murdered.

Gavin Smith, 57, was last seen May 1, 2012, in Ventura County’s Oak Park neighbourhood after leaving the home of a female friend. Hikers discovered his remains were found buried in a shallow grave in a rugged part of California’s Angeles National Forest.

“There was evidence in the car that indicated he was killed in the car,” Det. Dave Dolson of the L.A. County Sheriff’s Department’s Homicide Bureau told reporters at a press conference in Monterey Park, Calif. After the detectives found Smith’s car in 2013, “we confidently labeled Smith’s death a homicide.” Dolson referred to the discovery of the body as “obviously a crucial piece of evidence.” He declined to say what the cause of death might be but said the body had suffered “some blunt force trauma.” He added that although they did not completely rule out possible gun wounds, “We don’t believe that is the case.”

“After examining Gavin’s car, we were able to confidently label Gavin’s death a homicide,” Dolson said at a press conference Thursday. “There was evidence in the car that indicated he was killed in the car.”

In February 2013, investigators acting on a tip found Smith’s car in a Simi Valley storage locker linked to James Creech, who is serving an eight-year sentence for an unrelated drug conviction. Undisclosed evidence discovered in the car indicated Smith had met with foul play, police said at the time. A convicted drug dealer, John Creech, was publicly named a “person of interest” in the case, and Dolson said he remained so as of Thursday.

The exact manner in which Smith died hasn’t been determined, but he was probably killed at the direction of an individual and with the assistance of others experienced in violent crime, according to law enforcement sources who spoke on condition of anonymity because there are not authorized to publicly discuss the case. Los Angeles County coroner’s officials said Thursday that they may never determine how exactly Smith was killed or how his remains turned up in the desert outside Palmdale.