You are here: Home / Archives for Gavin Smith 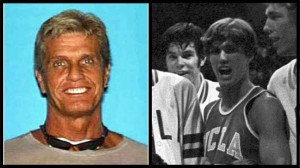 The remains of the 20th Century Fox executive and UCLA basketball player who mysteriously disappeared more than two years ago, were found in a desert area. Police said on Thursday they believe they know what led to his being murdered. Gavin Smith, 57, was last seen May 1, 2012, in Ventura County’s Oak Park neighbourhood after leaving the home of a female friend. Hikers discovered his remains … END_OF_DOCUMENT_TOKEN_TO_BE_REPLACED