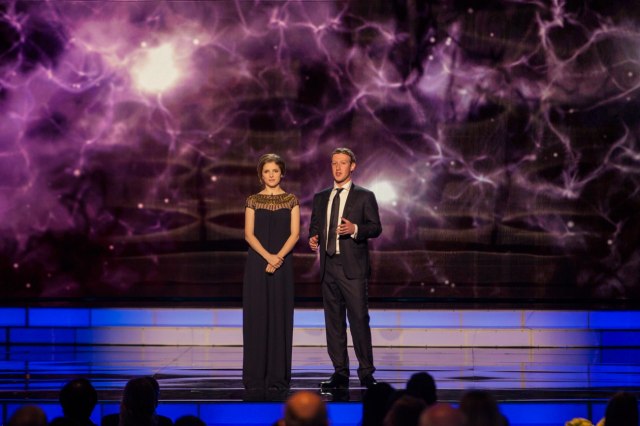 While the Nobel Prize is sought after by the crème de la crème of scientists, in terms of sheer dollars, there is one award that is even more coveted than the Nobel. This year, the Breakthrough Prize bestowed $3 million each to scientists who made outstanding breakthroughs in mathematics, physics and life sciences.

The award was created a couple of years ago by Yuri Milner, Russian billionaire venture capitalist, Facebook founder Mark Zuckerberg, Sergey Brin, Google Co-founder and other tech industry personalities. They wanted to generate excitement around everything that is connected with scientific accomplishment, even if that requires financial rewards.

“We are trying to use all means available, including money, to get the message across,”

“Scientists are not celebrities in the way I think they should be,”

he added, explaining that society wrongly recognizes athletes and entertainers while not appreciating scientists. He spoke about the important contributions that they make and the lack of balance in terms of recognition that they receive.

As a result, the Breakthrough Prize will award a total of $42 million to 14 revolutionary scientists during the ceremony held at Stanford University. Jennifer Doudna and Emmanuelle Charpentier were two of the winners in life sciences for their research in genome editing by using mechanisms present in the immune systems of bacteria.

Similarly, Saul Perlmutter, Brian Schmidt and Adam Riess won in the physics category. Their unexpected discovery that the universe’s expansion had been accelerating rather than slowing down earned them a great deal of respect in the scientific community.

This year, mathematics also joined the list of worthy receivers.

“Mathematics is the foundation of technology and innovation today. It’s really important for us to reward the brilliant insights of mathematicians that are helping shape our future.”

The ceremony was hosted by Seth MacFarlane, the creator of “Family Guy” and presenters included Beckinsale, Cameron Diaz, Benedict Cumberbatch, John Hamm and Eddie Redmayne. One of MacFarlane’s remarks addressed the issue of nerdy science types which, according to him, could benefit from a bit of marketing.

Former winners and field leaders form up the award jury. Later on, the goal is that winners are decided upon only by former prize holders.