You are here: Home / National News / American Citizens are Voting Early in 10 States 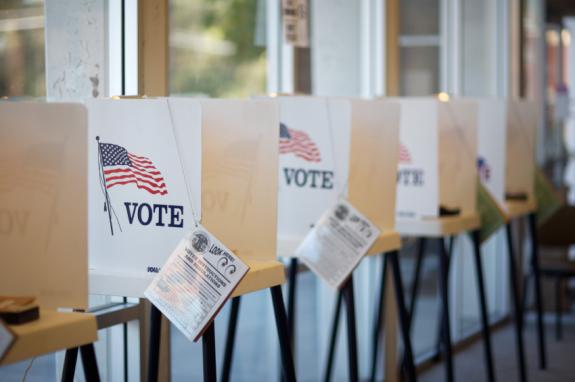 Official reports show that, compared to 2010, more people have voted early in 10 states. Interestingly enough, both parties (Democrats and Republicans) say that numbers show their advantage in key Senate and gubernatorial races on Tuesday.

North Carolina is, arguably, the one to benefit most from this early turnout. Here, Democratic Sen. Kay Hagan is racing against Republican challenger Thom Tillis, the state house speaker. This is one of the matchups that will determine whether Republicans will receive six seats and retake control of the Senate.

Statistics reveal that registered Republicans have been out-voted by Registered Democrats by approximately 16 percentage points (47.6 percent of the 1.15 million early ballots). Ben Ray, a spokesperson for the joint campaign office in North Carolina, says that this gap exceeds democrats’ 9-point advantage in 2010. These numbers are definitely a reason for optimism for Democrats.

Blacks and women make up for the large share of early voters, compared to 2010. As a matter of fact, Blacks who support Hagan, cast roughly a quarter of the early vote (in 2010 – only 21 percent). In addition to this, women have cast 55 percent (two points higher than 2010).

It appears that 16% of North Carolina voters (183.523 to be more precise), did not vote in 2010. Roughly half of them are also Democrats, 26 percent are Republicans, and the rest are unaffiliated. Let’s take a look at some early statistics from different states:

In Colorado, voting was done almost entirely by mail, for the first time. Here, registered Republicans are leading registered Democrats in returned ballots with a 9-point lead. This seems like an ominous number for Sen. Mark Udall, a Democrat. GOP analysts also add that they lead among young voters.

Here, Republicans have a 4.3-point advantage over Democrats. GOP Gov. Rick Scott is looking for a second term. The early voting value is roughly a quarter higher than four years ago.

In Georgia, voters do not register by party. However, African-Americans factor for about third of early votes (higher than 2010 and the 2012 presidential elections). Democrat Michelle Nunn requires their support to win an open Senate seat over David Perdue, a Republican.

Louisiana registered one of the most amazing growths. Here, early turnout is 181% of its figure in 2010. Here, Democrats have a 19-point advantage, compared to a 4.4 percent from four years ago. Louisiana is another state where many white registered Democrats support the GOP. It seems that Sen. Mary Landrieu will require huge African-American turnout to counter the trend.