You are here: Home / National News / NY Man Beheaded a Woman, Jumped in Front of Train 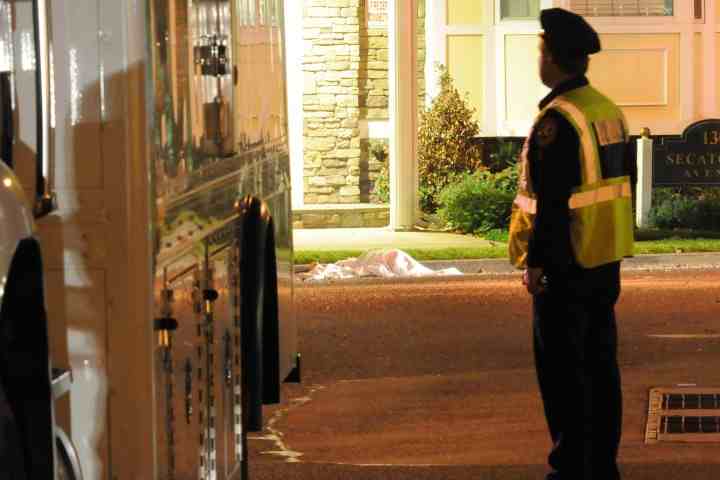 The police found the body in front of an apartment building at around 8:00 p.m. on Secatogue Ave. in Farmingdale. A spokesperson for the Nassau County Police said that the woman was found wearing a bra and underpants. The body was sprawled on one side of the street, while the head was on the other side.

Jack Imperial, 41, was taking a taxi to a meeting when he spotted the woman’s dead body. The Briarwood, Queens resident had this to say about what he saw:

The body’s feet were at the curb, the shoulders were at the middle of the street. The head was across the street. I’ve seen some gruesome stuff in my years of living … but nothing like this. I didn’t expect to see something like this, especially not out here. […] I thought it was Halloween hoax. There was no big splatter of blood. It looked staged

MTA police confirmed that 20 minutes after they had found the corpse of the headless woman, a man in his early 30s had stepped in front of a Long Island Rail Road train around Clinton St. crossing. The impact killed the man who is believed to be the dead woman’s son.

Police believe that the NY man beheaded a woman and then took his own life and that the woman’s severed head had been kicked across the street after having been detached from the body. The police don’t know yet if the murder happened inside or outside the building where the woman used to live.

So far, the identities of the man and woman have not been released to the public and no motive for why the NY man beheaded a woman and then took his own life.

A neighbor who claims to live across the hall from the 65-year-old woman said she had only moved in there recently. He speculated that the grisly murder took place inside:

When I came out the door, I saw the blood on the tile. It was all over, as if someone could’ve been pulling a body. You could see the smears going down the stairs.