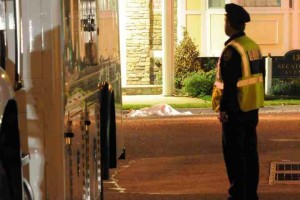 A New York, NY man beheaded a woman and then killed himself by jumping in front of a train. The woman’s body was found in Long Island a short time before the man chose to end his life by stepping in front of a train. The man was in his 30s and he was identified as possibly being the 65-year-old woman’s son. The woman was found on a Long Island street 20 minutes before a man jumped in front on a … END_OF_DOCUMENT_TOKEN_TO_BE_REPLACED