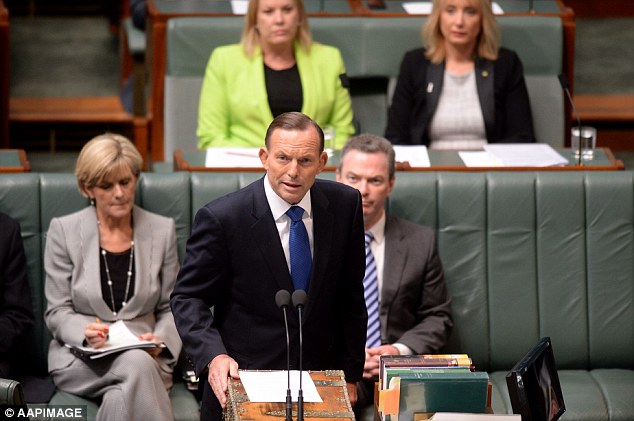 Radical new measures are about to be enforced as the Parliament House has announced that women wearing the burqua will have to sit behind glass screens, in enclosed rooms.

However, after the initial announcement that had taken place on Thursday afternoon, Prime Minister Tony Abbott revisited his decision and backed down from the plans proposed by Senate President Stephen Parry and Speaker Bronwyn Bishop.

Due to extreme public backlash, Prime Minister Abbott had to admit that the initial plan had been flawed and was forced to ask both Ms. Bishop and Mr. Parry to reconsider their position. In spite of this recent change, Prime Minister Abbott will most likely continue to enforce several other measures that apply only to secure areas of the building.

Palmer United Party Senator Ms. Lambie argued that the issue of burqua wearing had become a matter of national security, especially because, in this age and time, people must be identifiable.

“How is that going to be a threat? That’s a question for you,”

According to Ms. Lambie, faces and body language must be visible at all times. Ms Abdo argued that such a request is excessive and that, if the situation demands it, Muslim women are allowed to ID themselves by lifting their veil and showing their faces to authorities.

“It is a given that for identification purposes, Muslim women, within reason, can just lift up and show their ID,”

When Ms. Lambie was addressed additional questions, she agreed that no one would ask people to remove hats, overcoats or other articles of clothing if their faces were visible. As Ms. Lambie and Ms. Abdo continued to fiercely converse, the former claimed that authorities could not distinguish between a man or a woman if he or she was wearing a burqua.

“No one’s stopping you from seeing it though!”, Ms. Abdo insisted.

When he was asked by reporters what his thoughts were on the burqua, Prime Minister Abbott admitted that he, too, finds the burqua “confronting”.

“I’ve said before that I find it a fairly confronting form of attire, and frankly I wish it was not worn. But we are a free country and a free society and it’s not the business of government to tell people what they should and should not wear.”