You are here: Home / Archives for burqua wearing women 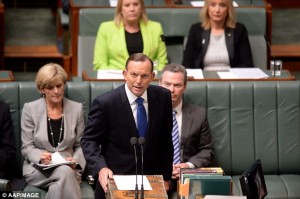 Radical new measures are about to be enforced as the Parliament House has announced that women wearing the burqua will have to sit behind glass screens, in enclosed rooms. However, after the initial announcement that had taken place on Thursday afternoon, Prime Minister Tony Abbott revisited his decision and backed down from the plans proposed by Senate President Stephen Parry and Speaker Bronwyn … END_OF_DOCUMENT_TOKEN_TO_BE_REPLACED