On Wednesday night hopefully everybody will get the chance to witness a total lunar eclipse that will turn the full moon a deep red colour, also called blood moon, for an hour. 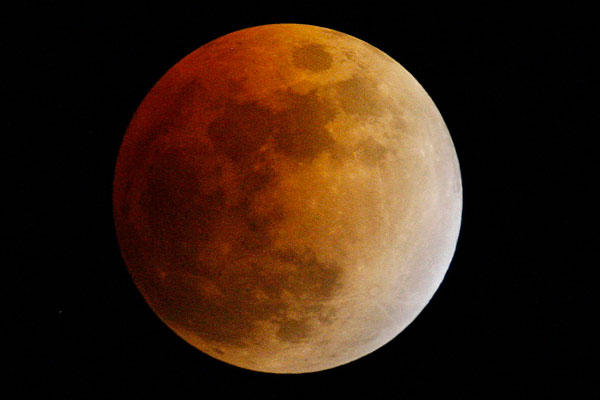 On Oct. 8, curious sky watchers should attempt to see the total eclipse of the moon and the rising sun simultaneously. The little-used name for this effect is called a “selenelion,” a phenomenon that celestial geometry says cannot happen.

That’s because during a lunar eclipse, the sun and moon are exactly 180 degrees apart in the sky. This position is called a “syzygy.” And thanks to Earth’s atmosphere, the images of both the sun and moon are apparently lifted above the horizon by atmospheric refraction. This allows people on Earth to see the sun for several extra minutes before it actually has risen and the moon for several extra minutes after it has actually set.

Therefore for many localities, watchers will have a chance to observe this unusual sight firsthand. They could actually have a short window of roughly 2 to 9 minutes, with the possibility of simultaneously seeing the sun rising in the east while the eclipsed full moon is setting in the west.

Wednesday’s lunar eclipse follows the same phenomena that occurred April 15 and marks the second of a series of four lunar eclipses that occur in a row — known in astronomical terms as a “tetrad.”

NASA said that the full eclipse will begin at 6:25 a.m. ET, lasting till 7:24 a.m. ET. The 6 a.m. start will be visible on the East Coast of the United States as Blood Moon returns, but moon enthusiasts on the West Coast will get a better view of the moon’s rusty glow. The eclipse will reportedly take place between 3:25 a.m. PDT and 4:24 a.m. PDT on Wednesday. Australians and people located in countries along the Pacific Ocean will also have the chance to see the eclipse.

Also termed a tetrad, the Blood Moon’s return is the second in a sequence of four, occurring in roughly six-month intervals. The next one will appear on April 4, 2015, and the last one on September 28, 2015. The first total eclipse tetrad this year occurred in April.