You are here: Home / National News / Questions Remain After 49 Turkish Hostages Were Freed by ISIS 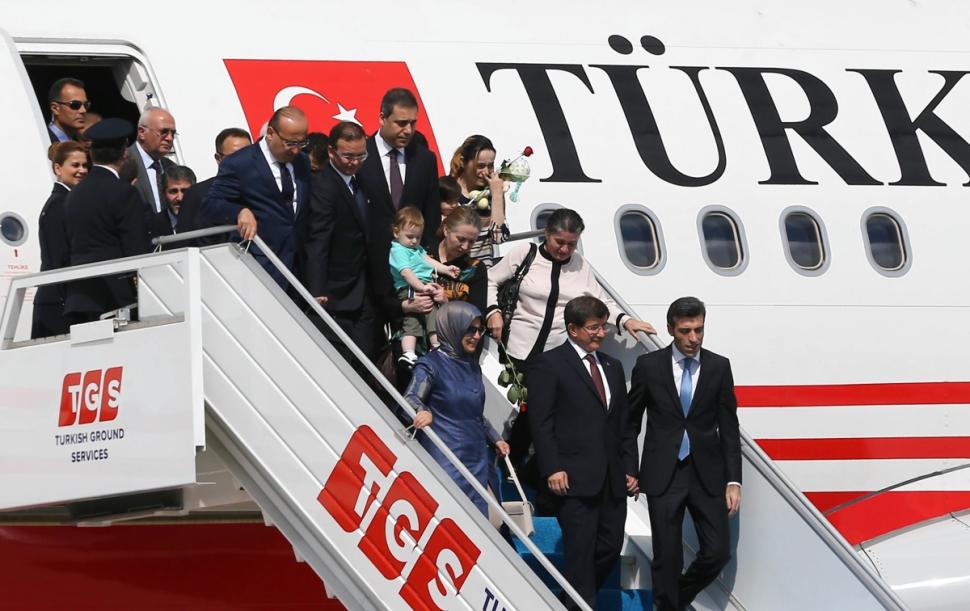 Experts have serious doubts about the Turkish government’s story, after authorities managed to free 49 hostages that were being held by the Islamic State. According to authorities, no shots were fired.

On Saturday, the men and women who had been captured by the extremist Sunni group were reunited with their families, but the question remains as to what exactly occurred to ensure their release.

Sinan Ulgen, for instance, a former Turkish diplomat, now chair of the Istanbul-based Centre for Economics and Foreign Policy Studies, believes that the government’s explanation is too good to be true. Legitimate and important questions remain unanswered, said Ulgen.

On June 11th, the Islamic State conquered Mosul and in so doing, also seized hostages within the Turkish Consulate. The rescue of the 49 hostages, whose number also included two children, was only described giving the broadest outlines by Turkish authorities.

Ahmet Davutoglu, Turkish Prime Minister, declared that the hostage release represented the work of the country’s intelligence agency and that after intense efforts, they could finally be brought back to their families. The prime minister flew the hostages back to Ankara on his plane.

All ex-hostages emerged from the aircraft wearing clean suits and dresses, showing few signs that they had just been released by a fanatical militant group after over three months of captivity.

This reunion between families and their loved ones represents an enormous relief in light of recent beheadings of both American and British journalists by the same Sunni extremist group. In fact, the entire situation has reignited a debate on whether or not the U.S. and British governments should reassess their policies on not paying ransoms for the release of hostages.

While the Iraqi government claimed it had no information regarding the rescue, Turkey’s state-run Anadolu Agency reported that no ransoms had been paid and no conditions had been imposed for the release of the hostages. According to Anadolu, the hostages had been held in eight separate locations all over Mosul. The agency did not release any source for its reporting.

While some hostages hinted that they had received ill treatment and death threats, the majority declined to comment or answer anything but general questions. Alptekin Esirgun, former hostage, reported that IS militants had forced Consul General Ozturk Yilmaz to make a statement at gunpoint. Alparslan Yel, another hostage, told reporters that while militants had treated them better because they were Muslim, they were by no means comfortable.

Consul Ozturk Yilmaz also declined to comment, saying that all he wants is to be with his family after 102 days of captivity.

Many questions remain unanswered: how the hostages were brought from Mosul to Turkey, why IS would forgo such an important bargaining advantage and whether Turkey’s policy toward the Islamic State has changed. Regardless, many political analysts believe that we haven’t heard the full story yet.