You are here: Home / Archives for ransom policies 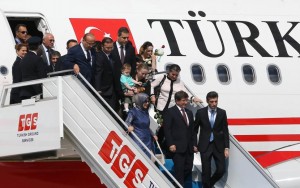 Experts have serious doubts about the Turkish government’s story, after authorities managed to free 49 hostages that were being held by the Islamic State. According to authorities, no shots were fired. On Saturday, the men and women who had been captured by the extremist Sunni group were reunited with their families, but the question remains as to what exactly occurred to ensure their … END_OF_DOCUMENT_TOKEN_TO_BE_REPLACED